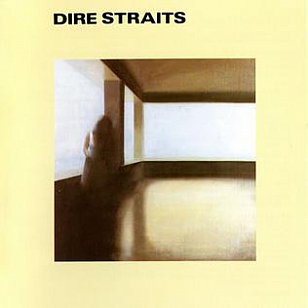 Although it's long been fashionable and indeed appropriate to dismiss Dire Straits -- sometimes however more for what they became than what they did, although the headband remains a low in pop culture -- it's worth remembering how fresh their debut album sounded at the time.

Just as the music media was getting up a real head of steam on punk, Dire Straits arrived with tight songs, a virtuoso guitarist who wasn't afraid to play in those days of "no solos" and lyrics which were very English.

They were unique, despite singer Mark Knopfler locating his voice somewhere between Tony Joe White and Bob Dylan.

They had come up because of audience response to Charlie Gillett playing their demo of Sultans of Swing on his radio show and for their debut they certainly had an accomplished sound, plus some damn decent songs like Setting Me Up, Six Blade Knife, Sultans and Wild West End, the Springsteen-influenced latter hinting at the bigger canvas on which they would later paint.

Yes, Straits would go on to make some Dire music (is Twisting By the Pool even worse than Racey's Some Girls and more annoying than Toni Basil's Mickey?) but sampled judiciously -- this album and Brothers in Arms -- there's nothing to be ashamed of if friends call and its on the stereo.

If somehow this went past you then there's good news, it is one of a bunch of albums at JB Hi-Fi stores (here) in a deal of three for just $20.

Among the other titles are a more than decent Very Best of Dusty Springfield, Crowded House's Woodface and a Cure Greatest Hits.