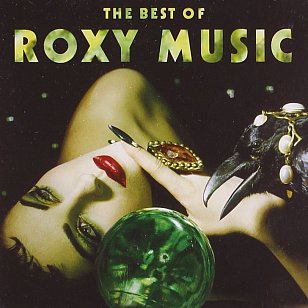 The career of Roxy Music was a game of at least two halves, what might call the innovative years followed by a gap then the sheen'n'polish of their second incarnation.

It is the latter period -- hits like Avalaon, More Than This, Angel Eyes and so on -- which is perhaps better known because those songs were all over radio. And some of the more edgy material like Both Ends Burning and Love is the Drug made for memorable videos.

This 18 song compilation (originally released in 2001 but here re-presented in the wake of the recently remastered catalogue) is therefore pretty astute because it reverse chronology.

So the casual listener is seduced in by the familiar hits and then around the midpoint the pace and intensity picks up with Both Ends Burning, Love is the Drug and All I Want is You before we move into the more experimental and slightly demanding sound of Eno-era Roxy with Do the Strand, Pyjamarama and Re-Make/Re-Model, and the single-only release Virginia Plain.

So it's a journey back through time from Bryan Ferry's smooth croon to the angularity of Strand and squirreling sax of Andy McKay with guitarist Phil Manzanera off the leash.

A trip with taking for newcomers, and this being just one of a package of cheap releases in the 3 for $20 section at JB Hi-Fi stores here (alongside Lady Gaga, Crowded House, Metallica and more) a very wallet-conscious way of picking up stuff for the car over the summer period.