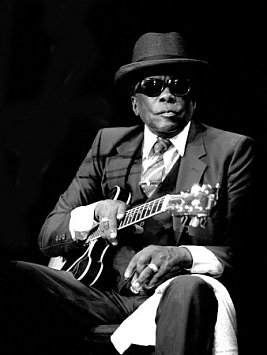 Talking to 72-year-old blues singer John Lee Hooker - even in a cursory 15 minute interview - you know you are confronting a legendary, influential figure. And The Hook, as he is commonly known, isn’t afraid to tell you so.

“I have inspired so many rock 'n' roll singers and blues singers and stars - more than any other blues singer. I got music for all ages. I can do anything in the music right from jazz and ballads to country ’n’ western, rock-blues, deep blues . . . I got something for everybody."

And much as it may sound like boasting on the part of The Iron Man - as he is also known after appearing on the Pete Townshend album of the same name - it’s a plain, simple fact.

The evidence is there in every boogie bar-band and head-to-head riffing that rockers get up to from time to time. They are taking their lead from Hooker's 1949 million seller Boogie Chillun.

And when the blues boom hit England and r’n’b bands like the Animals and The Spencer Davis Group were springing up who should be there but The Boogie Man, as he is also sometimes known.

And now he’s out front again, this time reincarnated as The Healer, a name taken from his current album which has any number of old friends and stars paying homage to one of the few survivors of a generation which once numbered Muddy Waters and Howlin' Wolf in its ranks. 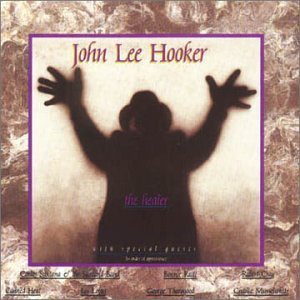 The Healer is one of those albums which seems almost tailor-made to rankle blues purists as Bonnie Raitt sits in for I'm In The Mood and Carlos Santana - in probably one of his better turns in recent years - provides the moody backdrop for the title track.

And those crusty bluesologists have responded as expected and accused producer Roy Rogers of hijacking Hooker for commercial gain.

“Aaahh, those people,” says Hooker tetchily from his home in California. “They don’t know nothin’. All the people on the album are really good friends and live around me. I've known them all for years and they all wanted to do this.

“They came to me and said they wanted to be on the album because I was a legend and their hero.

They didn’t do it for money either -- they’ve probably got more money than I’ve got.”

The album was originally Van Morrison’s idea but neither artists schedules allowed Morrison, a long-time fan, the time to sit in the producers seat.

Hooker’s own styles cover a lot of ground but it was Boogie Chillun, which was so rhythmically strong and a departure from traditional blues chords, that freed up the music to grow in a new direction.

“I had no idea at the time that it would be such a big seller but I did know I had a style and heat that nobody else got. I was shocked when everybody grabbed it and copied it.

“At the time I was just glad to get into a studio and do it. And it set the world on fire. People are still playing that style - and will be from now on,"

The Hook/Iron Man/Healer says that, unlike many of his fellow blues musicians, he made and kept money from his sales. It allows him a ranch in the Bay Area of San Francisco and the luxury of working only when he wants.

But he admits to always enjoying working and going where the interest in his music was, although it was rather more prosaic matters which took him to London all those years ago.

“I met some wonderful people there - people like Georgie Fame, John Mayall and Eric Burdon - and I still see some or them.”

But most of those musicians are too far away, he says, to be included on his new album, not necessarily Healer II, but also an album with special guests.

“I’ve already recorded with Van Morrison, an old song of mine called Serves Me Right To Suffer, and I’ll be looking for some others soon. 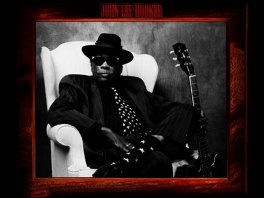 “I had made plans to record Stevie Ray Vaughan with me too. You know, I loved that man so much, such a gentleman and someone who was going to the top of his career. He is someone I will miss a lot.”

Hooker himself has survived a life in the blues better than most and, by constantly aligning his music with a new generation, reached a broad audience.

His cameo spots in The Blues Brothers movie and the success of The Healer has seen him appear on American television talk shows and interviewed widely.

But all the attention is nothing new to Hooker.

He’s been around this track many times in the past.

When The Hook/Iron Man/ Healer (or whatever his next appellation might be) says in his distinctive, barrel-bottom voice, “I‘ve been making music for more than 40 years and I’m still going on,” you know you are talking to a legend. 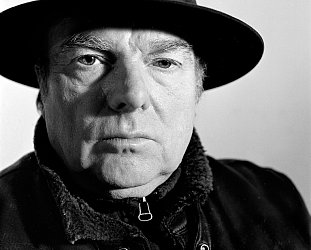 The respected American cultural critic Greil Marcus has given us some insightful books, among them Mystery Train; Images of America in Rock'n'Roll Music and Like A Rolling Stone which uses that... > Read more