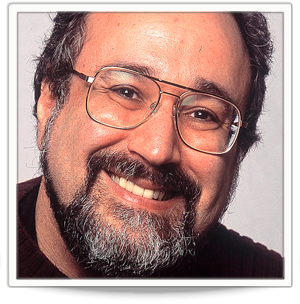 On a per head of population basis, Bruce Iglauer – the founder of Alligator Records – has been the man who has let you hear the real minority stuff.

As he said when we spoke in 1988, “Getting our artists on to radio is tough. Radio plays young, white male artists and to get somebody like Koko Taylor - a middle aged black woman and not particularly glamorous -- on to a station catering for 20-year old white yuppie males is real hard."

In the global village, Iglauer, head of the Chicago-based label, is like the guy in the far hut who sells you music made by a couple of friends.

And he started his record company for the best of all possible reasons. The music he liked wasn’t being recorded.

"I started my label in 1971 because the company I was working for, Delmark, wouldn't record Hound Dog Taylor and the Houserockers, my favourite band. I thought it would be like a hobby. I knew it was a business when my phone bill became bigger than my monthly cheque at Delmark."

By '88 Iglauer was heading a label which had a catalogue of a hundred or so titles and included some of the classic blues albums of the past 20 years. But it was no less a struggle today when you consider the small sales, on some albums.

“Back in 1970, Delmark would sell about two or three thousand copies of an album in the first year, the Hound Dog Taylor sold 9000 in the first three months, mainly because I was working radio and press in a way blues hadn't been marketed to a young white audience before.

"Today an album-like Lil' Ed and the Blues lmperials would sell about 15 to 17,000 on tape, album and CD in total. And in order to do that we'd probably give away 3500 promotional copies plus print posters and do press kits.

“The profitability on an individual record isn’t that great, but certain records like Showdown by Albert Collins, Robert Cray and Johnny Copeland or Albert Collins’ Icepicker have made us a lot of money.

“They were made with a limited budget and sold better than expected. Most Alligator records make a small profit and the big back-catalogue supports the cash flow."

Iglauer started Alligator in 1971 with $2500 and says the company ran for 10 years before he had to go to the bank for a loan.

He is unashamedly a businessman – “I'm a little jaded because I listen with a business ear and think how can I market them?"-- but still a fan who listens to the blues for leisure and goes to clubs and concerts regularly.

“I was part of the Great Folk Scare of the Sixties," he laughs, and was a very amateur jug band musician who first heard the blues at folk festivals in '66.

"By 1970 I was in Chicago and the following year I had my own label. It was like heroin, after the first shot you had to have the second.

“I think of Alligator as a label like Blue Note, the classic jazz label, where records are supposed to be on the cutting edge when they're released but also stand up over a long period. I'm proud of what we've done but I've made mistakes.

“I passed on Robert Cray because there was a member of the band who, at the time, wasn't a very good player. I wanted to replace him for the record with a studio musician and Robert refused. That was it," he says, making clear the difference of opinion was entirely amicable.

"Robert had gone in a direction I wouldn't have conceived of and a more successful direction than I would have taken him."

Iglauer also had the opportunity to record Stevie Ray Vaughn before the guitarist made the mark he did but it's clear he is on good terms with all his artists. He is disappointed when someone like Son Seals leaves the small, personal roster of Alligator artists.

The label also had a brief flirtation with reggae but Iglauer let that slip away deliberately.

“I like reggae and that's the reason anything gets recorded on Alligator. It also fitted with our slogan of ‘Genuine Houserockin‘ Music' because it’s rhythmic, you can dance to it, it’s a rootsy black music tradition and it’s also structurally simple but emotionally complex like blues.

"But frankly my experience with reggae artists was not a happy one. Koko Taylor and the people on Alligator know how to say those two magic words - ‘thank you’ – and I never met a reggae artist who knew those words.

"As the leases expire we're getting out of reggae.”

Not that Alligator needed to broaden the base of its recording outside blues. Iglauer pointed to a healthy blues scene and was excited about the new generation of artists like Little Charlie and the Nightcats from Sacramento, Tinsley Ellis out of Atlanta and Kenny Neal, the big news from Baton Rouge, whose albums he had recently recorded.

Although he received a mountain of audition tapes – it was August and he is listening to the intake from March -- it is seeing a band live, as he did with Lil' Ed and the Blues Imperials which is often the clincher.

Lil' Ed was shortlisted for a compilation of new blues players on the Chicago scene although Iglauer said he hadn't heard him with his own band. He caught the band playing in a club and was impressed by how diverse they were, pulled them into a studio for the one track and the band blew the studio away.

The group worked up such a fever on the one track the engineers just let them go for it and kept the tapes rolling: “It never occurred to me to make an album with Lil' Ed. Certainly not to make one in three hours – and we've still got material from that one session."

The Little Charlie album came through the more traditional route of an audition tape on the desk, although Iglauer knew the harp player.

He flew to Sacramento to see the band play and was impressed by the quality of songs, the humour and astounded by the versatility of guitarist Charlie Baty. The group were about to sign to another label but the deal was done on a handshake and they were on Alligator.

But mountains of tapes are a worry.

“Finding good blues songwriters is hard and most tapes have familiar songs, familiar-arrangements by artists trying to sound like familiar people. Ever since I recorded Johnny Winter I’ve been getting a lot of tapes from people who think playing a million notes a second is going to get me interested.

“They don't understand the music has to tell a story, be intense and have humour. Musicians like Steve Vai and Joe Satriani have technique that would kill any blues player but technique isn't what interests me. Lack of technique bothers me – but technique is supposed to make you feel something.

"Also, I like singing. The voice is my favourite instrument."

Judging by the success of Alligator – the label celebrated four decades in 2011 – Iglauer made few mistakes when it came to picking musicians to record, but he was also acutely aware of who the music is getting to.

Each album contains an insert business reply card and from those Iglauer can give you an exact picture of the person who has a few Alligator albums in his collection.

“He's male -- over 95 per cent are male - average age is 27, usually fairly well educated, at least a couple of years at university and although we don't ask people how much they make we do ask what job they do.

"We have, if not a white collar audience, certainly very light blue.

"This is reinforced at concerts where we get a lot of weekend hippies and a few weekend greasers. They buy a lot of records and these days a lot have CD players. In the States over one third our business is on CD."

Iglauer's company was expanding but it was still very much a hands on business. He said it wasn't uncommon for him to go home with a couple of thousand envelopes and stuff them with the label's monthly mail-out to 5500 record stores while he listened to audition tapes into the night.

The company, which employs only 17 people at the time, also worked closely with the artists and Iglauer has been a producer and manager for many on the label.

When it comes to a tour he'll often accompany an artist. Office staff work out every detail of an artist’s itinerary down to “what hotel, what time to check out and what highway to take" because the musicians don‘t have a road manager.

It has brought the artists and Iglauer very close which makes the loss of someone like Roy Buchanan, who hanged himself a fortnight before our conversation, especially hard to take. “Roy was a very complex and troubled man from the day I met him about six years ago," he said. "He came from a deeply religious and very poor family - they were sharecroppers. Roy believed in heaven and hell - and in sin. I think he perceived himself to be a sinner and somebody who had turned away from God and, to a certain extent, was therefore doomed.

"He never drank mildly, always to excess and because his emotions were so locked inside him alcohol would release these and he could do or say anything. He tried to kill himself a year and a half ago.

“I hope his death had nothing to do with what he was doing artistically. He was responsible for a great number of people -- his wife, children and grandchildren – all of whom he was raising and so his money was going away as fast as he earned it And his life was in emotional disarray.

“I'm very sad but I wasn't surprised. We didn't always communicate well but he was a house-guest of mine and an extremely gracious man.

"But there was a part of him you couldn't touch.

"When we were doing the first album the rhythm guitarist, Chris Johnson, said to him, 'How come you look so calm and play with all that fire?'

“Roy just looked at him and smiled that angelic little smile and said, 'Because I'm screaming inside'.

“I think the screaming got out.”

Want to read about another blues label out of Chicago? Then go here. 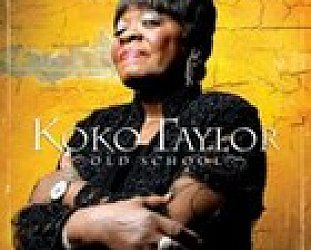 Some years back this fog-horn voiced blues singer released an album under the title Force of Nature: and that's what she is. Now 71, Taylor can still drive in nails across the room with her... > Read more