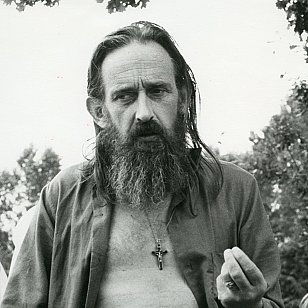 Charlotte Yates bounces in her seat with excitement and embarks on a passionate discussion about the poet whose work she has discovered and the project which has put his words back into the world.

The vast body of work by James K. Baxter - some 2500 poems , from sprawling bardic ballads to keenly observed miniatures - was what inspired her. The result is a CD of a dozen Baxter poems set to music by New Zealand musicians and performers.

Baxter, the inaugural CD on National Radio's new recording label, brings together the talents of Dave Dobbyn, Sam Hunt, Mahinarangi Tocker, Yates herself, Emma Paki and others with the words of Baxter, a man known to many as "Hemi" and whose death in 1972 was acknowledged by a Dominion newspaper billboard reading, simply, "JKB. 1926-72. Friend." 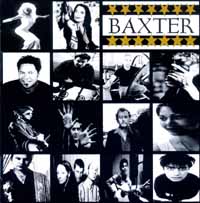 Baxter was indeed a friend, notably in his final years, to the dispossessed, sick at heart, world-weary and the lost. At Jerusalem, on the Whanganui River, his commune provided shelter and solace for many and his poems - embracing Catholicism and Maoritanga - frequently spoke of the need for love of our fellow man.

After a decade of hard-nosed economic policy, Baxter's message may have been lost or reduced to inaudibility but, as Yates points out, his words are more relevant than ever.

"I think that here's something fantastic. This is not Jonah Lomu, not just some guy playing rugby. This is real, from our country, important. "I'm sick of watching yachts on television or seeing rugby players presented as people of character. Baxter was writing poetry that meant something, and was meticulously crafted."

Yates admits she is a late convert. She'd heard some Baxter poems at school but today can't recall which, and came upon his work when commissioned by the Vietnam Veterans Association to write a song commemorating New Zealand's contribution to Vietnam.

Obliged to read the historical background, "because I wasn't around then," she came on a kit from the Canterbury Public Library of press clippings of contemporary items such as folk singers and poets readings antiwar work. Some of Baxter's poems were included and she was immediately drawn to them.

"They just read like song lyrics, so I got hold of The Collected Works and ... bang!"

She wrote to Baxter's widow, Jacqui, to ask for permission to have musicians use the poems as song lyrics, and was encouraged by her enthusiastic support.

Her choice of artists was simple: those who had inspired her and whose work she liked and respected. No one turned her down. The artists were invited to pick their own poems and Yates was surprised how they chose material which, in many instances, sounds much like their own.

Dave Dobbyn's choice of the discovery of the divine Song of the Years "could be about his life, he calls it a salvation song," and Greg Johnson's Let Time Be Still is a meditation on mortality that suited his distant-sounding voice.

Yates suggested poet David Eggleton err on the sharp, satirical side of Baxter's 60s poems "because he's a ranter" (he chose The Maori Jesus), and Andrew Brough has taken one of Baxter's children's poems and turned it into an archetypical dreamscape of layered guitars. Sam Hunt teams with Gareth Farr for a techno-take on The Ballad of Grady's Dream.

"Music has a fixed form and all poetry has to concern itself with is the right word, the most perfectly right word, whereas we musicians have to go, 'heaven,' then find a rhyme and go 'ahh, seven.'

"But now you hear people singing the oddest lines, like Dave [Dobbyn] with, 'This for your doom and penance take, be merry always for My sake.' Yet it's such a lovely line, and it works in the song.

"People wrestled with their poems to deal with them from a musical point of view and some made choruses where there obviously were none. Mahina was smart, she picked one with an in-built chorus."

What delights Yates about the project as much as finally seeing it complete is that it allows Baxter's work to be heard by a new audience, particularly because the message is still relevant.

"He was ahead of his time in his whole concept of an appreciation of Maori culture - this was well before the Waitangi Tribunal. And he would remind people about mental health, community values, charity and so on.

"His words can be vicious or heartrending. Sometimes he uses words like nails, at other times like feathers. This is serious work that from an artistic and human point of view you have to get your teeth into."