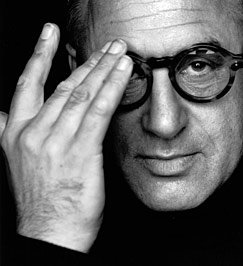 For director Jane Campion to have as noted a composer as Michael Nyman to score the soundtrack for her film The Piano was as simple as a phone call. From his home in Toulouse, Nyman --

whose extensive career is best known for his soundtracks to Peter Greenaway films – acknowledges that he knew Campion’s previous films Sweetie and An Angel At My Table and "one does sit around thinking of a number of people one would like to work with. Jane was definitely one."

Then the phone call came. And after the increasing frustrations working with Greenaway (which ended acrimoniously after Nyman accused the film-maker of “unintelligent" use of his music in Prospero’s Books, Campion proved “a dream to work with.”

“Apart from her brilliance and competence she’s a fine human being and we have an excellent relationship on a social level. Even if we never work together again she will be a good mate."

And Nyman, whose discography and credits include numerous films and documentary scores, is unstinting in his praise for Campion’s The Piano, calling it the only film of which he has no criticisms.

"I’ve seen it five or six times already and am constantly discovering things. Whether Jane intended it to be that dense and rich I don‘t know, but I like to think it was intuitive.

“When Greenaway talks about his films he goes into great length on the meanings and nuances and resonances. Jane’s subterfuges are more in the work itself and the pleasure comes in finding them.” 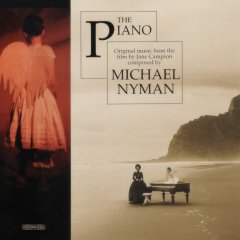 For an audience a chief pleasure is Nyman’s haunting music played by American actress Holly Hunter, for whom the composer specifically wrote.

The music in The Piano is a kind of double-take for Nyman; first to cast his distinctive stylistic signatures aside and write not as a late 20th century composer but as an 19th century woman, and then not as one who plays the repertoire of the day but her own music.

"I can talk about the process much more impressively now that it is done,” he laughs, “but it was rather difficult to achieve in terms of the character of the music."

First he had to write pieces for Hunter “who turned out to be a very, very efficient player and quite at home on the slow romantic pieces,” then reassess the pieces in terms of their domesticity relating to the character Ada which Hunter plays.

Because Hunter was so proficient he rewrote some pieces (“she sailed through the first things so I made them more difficult”) and deliberately drew upon Scottish folk tunes to account for the background of Ada.

“And the most enjoyable part is that I’ve had two cracks at it,” says Nyman whose career began in the early Sixties but fell silent for 12 years until his two Decay Music pieces in 1976.

“I wrote for Holly’s playing in the film then played myself on the recording of the album with members of the Munich Philharmonic Orchestra."

That soundtrack album has met with astonishing success and has the hallmarks – and increasingly, the sales figures -- to make it transcend the narrow constraints of soundtrack music into the popular arena.

That gratifies Nyman -- not the least for the message it delivers to Greenaway -- because his career has been one of hurdling the artificial barriers that some would impose on music of various kinds.

After graduating from the Royal Academy of Music and Kings College in London in the early Sixties, Nyman’s background in music is as diverse as English baroque styles and folk tunes of Romania effectively sidelined him from contributing to the contemporary classical world of the period. So be wrote about music for various magazines and newspapers. His book Experimental Music, Cage and Beyond of 1974 has become a seminal text on contemporary music.

He coined the word "minimalism" (and consequently was often mistakenly identified as a practitioner of the austere, repetitive style) and now looks back on that period as “a bit Golden Age-y.”

It was a time when classical composers such as John Tavener, now enjoying popular success with his The Protecting Veil, was recording for the Beatles’ Apple label and Nyman himself could write columns for The Spectator on artists as diverse as the American avant-garde satirical group the Fugs or the English classical composer Peter Maxwell Davies. 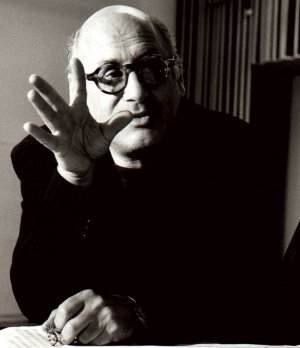 “If you think of musical culture as a mansion it was possible in the Sixties to move from one room to another and have a totally different musical experience in each one . . . and then be able to relate them to someone in the next room.

“These days Billboard [the weekly bible of the music industry] has a section called Crossover, so everything has been institutionalised. Composers like Stockhausen and Boulez who were pretty cool in the Sixties and were talked about by -- and maybe even talking to -- the Beatles have all reverted to type and have been put into the avant-garde composer category again and had the door to their room closed on them.”

Nyman expresses great gratification to learn that his album of The Piano was recently reviewed in the pop and rock column of the Sydney Morning Herald -- right next to the classical reviews. Ironic too, he points out, given The Piano is the most classical thing he has written.

“It's 19th century piano music with fewer Nymanesque liberties to convince the audience they are listening to Ada playing from within herself.”

Yet such a self-imposed brief is well within Nyman’s considerable capabilities which those who only know of his Greenway soundtracks -- The Draughtsman's Contract; The Cook, The Thief, His Wife and Her Lover and Prospero's Books among them – may find surprising in its diversity.

As far back as the early Seventies he was one of a generation of bright young things who appeared on the appropriately named Obscure record label ran by former rock keyboardist with Roxy Music, Brian Eno.

Today Nyman, as with many of his peers, is in demand for commissioned works.

In the first quarter of last year he undertook half a dozen pieces, some of which have found their way on to his recent Time Will Pronounce album on the Argo label.

But as with his contemporaries, Nyman is adept at handling the business end of music and talks freely about searching for a new record label and of deliberately stretching commissioned works in various directions to extend his own musical vocabulary.

He has written opera (The Man Who Mistook His Wife For a Hat), string quartets (his Second String Quartet was originally written for a South Indian dancer but is now a concert piece) and writes equally well for solo harpsichord (The Convertibility of Lute Strings), brass instruments (For John Cage by the London Brass) and saxophone (Where The Bee Dances). He even has his own group, the Michael Nyman Band. His next commission is a 40-minute solo violin piece commissioned for a Japanese fashion designer but which he expects will be released on album and therefore enter the solo violin repertoire when the music is published.

And The Piano is by no means finished yet either.

“I have rewritten it again as a concerto which will be released by Argo and will have its premiere this month in Lille. And now I am turning that concerto into a double concerto which the Labeque sisters will be recording for the Sony Classical division.”

Nyman is a self-confessed market pragmatist who admits his own band “charges around the world because people know our records are selling. We sell better than anyone these days - except Gorecki -- so promoters and people who commission can guarantee an audience. So we are all using each other.

“But it is terribly important that music has an audience and that’s why I'm delighted by the success of The Piano [album].

“I still think Time Will Pronounce is the best thing I’ve done in five years and it is frustrating that it doesn’t get the profile that, say, a film soundtrack does.

“But film is a wonderful and artificial medium and with Greenaway I always thought of the film part as simply an illustration of a concert.”