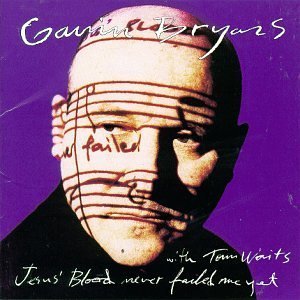 In many ways Rory Johnston looked exactly what he was, the vice-president of A&R (artists and repertoire) of a contemporary classical music label. It was there in the high, broad forehead and clear eyes, in the modulated speech and the vocabulary which didn't shy from a polysyllable or two.

When I met him in the mid Nineties in Auckland – he came there to see the world premiere of Jaz Coleman’s Symphonic Pink Floyd concert, the album of which was on his Point label – the English-born New Yorker did the business of talking up the new label with good humour and candour, unafraid to concede they'd made mistakes in the past.

Launching this edgy, always interesting label with a kind of cut’n’paste “opera” about Charlie Manson and his band of murderous followers was not the smartest of ideas, he admitted with a laugh.

Founded by classical composer Philip Glass -- reputed to be the world’s wealthiest living composer – and other heavy-hitters in '92, the Point Music label otherwise offered some of the most accessible but challenging contemporary classical music around at the time. 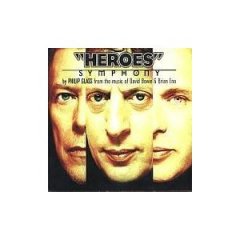 Unlike what some might have expected, the music on the label didn't embrace the minimalism for which Glass became famous but had slewed off into conspicuous sales successes with symphonic treatments of the David Bowie-Brian Eno albums "Heroes" and Low, and of Pink Floyd.

There was another recording of Gavin Bryars’ hypnotic Jesus’ Blood Never Failed Me Yet (which had previously been recorded for Eno's Obscure label), the haunting cello and voice of the late Arthur Russell on Another Thought, albums which incorporate musicians from across the planet (notably West African Foday Musa Suso on The Screens) and, of course, that opera when the helter skelter came down.

“The Manson Family opera, in hindsight, was probably a mistake,” laughed Johnstone. “It`s very hard to put something like that into the PolyGram jazz and classical departments," he said referring to the major label which was distributing Point.

“We had a very funny experience with that. We sent the record over to Holland where they have a Musical Approval Department where they are meant to check the score against the recording to make sure there are no mistakes.

“Well, the first thing is there isn’t. any score so we said, just listen to it. Two days later I get this phone call from them and there’s uproar -- some guy had a heart attack when he heard all this heavy hardcore language. I’d only been to Holland once and I could just picture it. It’s a very dignified place and this was a very sleepy little town. They thought it was disgusting, people were going to quit.

“In the classical world, it's very staid.”

Within the world of contemporary classical music things were changing rapidly as a new breed of artists - call them post-Beatles, post-Glass, if you will -- grabbed ideas from all aspects of popular culture and world musics and brought them into a new style.

Artists such as Jaz Coleman equally inhabited the world of rock music with Killing Joke, lived in Auckland at the other end of the planet from Point's downtown New York offices but who also scored the Symphonic Floyd album which spent most of '95 at the top of the contemporary classical charts in the States. 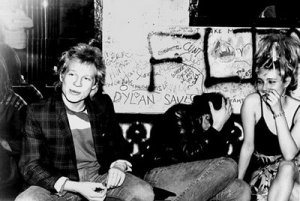 It was hardly surprising then when Johnston, with a very clear twinkle in his eye reveals his background. Very non-U.

Before he joined Point as a production tour manager, he “worked on and off with [former Sex Pistols manager] Malcolm McLaren.”

That's him hiding in the middle (left) of the photo.

“I was American tour manager of the Sex Pistols, which was brief employment but, yes, I booked the tour and was on the road every day."

So, to quote Johnny Rotten, did he ever get the feeling he'd been cheated?

“Well, Malcolm has the tendency to leave you with that feeling. I don’t think he’s quite as bad as people make him out, but he does take advantage of people and suddenly something you’ve come up with is Malcolm’s ideal.”

Following that short-lived mayhem Johnston became tour production manager for the Clash, Siouxsie and the Banshees, Blondie, the Runaways . . .

Then hitched his wagon with McLaren’s teen-bait project Bow Wow Wow and later managed the band's front-person, the Lolita-like Annabella Lwin. And curiously it was that connection which lead him into the world of American contemporary classical music.

“I had known Philip through his producer whose wife was Bow Wow Wow’s A&R person, and was asked to join Point doing tour production. From there I took over the day-to-day running of the office.”

And some office it is where you can find David Bowie and Philip Glass hanging round the water cooler discussing David doing a version of Philip's Mishima soundtrack or their symphonic treatment of the Bowie-Eno Heroes album.

“Philip often talks of crossover audiences, rather than crossover albums and the idea is to foster the cross-pollination of disciplines and collaborations.

“The label isn't there to be Philip's label. He is signed to Nonesuch and the only things of his on Point are not core catalogue or career albums as it were. We’re there to be the label for people like Jaz.” 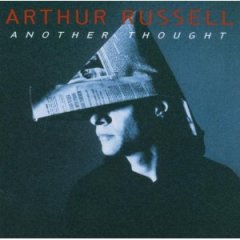 He also mentioned the late Arthur Russell – a downtown classical composer with one foot in the dance world and who died of Aids-related illnesses, leaving a legacy of over 1000 tapes, some of which were edited to become the exceptional Another Thought album,

The album wasn't as financially successful as they had hoped. ("We had no spokesperson for it. Not that that Arthur was particularly good at being a spokesman when he was alive, that's why we've ended up with thousands of tapes!”).

But there would be another Russell album he promised, “a remix record using some of that plus other material – and we're going to make it a combination of dance and classical because he was so strong in the dance world”.

“We're getting some people from the dance scene and people like Laurie Anderson and Philip, and work into that new kind of format. And there’s tremendous interest from [UK dance label] Talking Loud. So we'll use them as the front end to get it into dance parties."

Classical music that uses Charlie Manson, Pink Floyd and David Bowie as its source material? That remixes cello and vocals for dance clubs? That boasts "pre-renaissance dance music" from the avant-garde Zoar group?

It was classical music for the Nineties -- and a long way from the Sex Pistols. 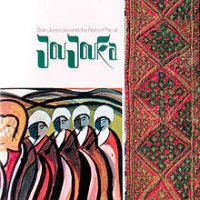 The Point Music label released albums such as Brian Jones Presents the Master Musicians of Jajouka (an Essential Elsewhere album but not without controversy, see here), the London Symphony Orchestra playing the music of Pink Floyd and Led Zeppelin, a number of Glass albums, and Arthur Russell (Radio Edits).

It had lasted a decade and had released around 30 albums.