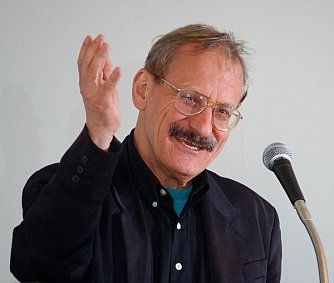 In the very early Eighties, I bought an album on New Zealand’s Hibiscus Records, an imprint which seemed to be a sub-division within Kiwi Pacific.

I suspect I picked it up on the strength of its cover photo – a man squatting and playing what looked like an oversized thumb piano and a tagline which read “Street Musicians of Yogyakarta”.

The album’s actual title was Music For Sale and, because of its exotic contents – musicians recorded on the streets and in markets in Yogyakarta – for many years I had in mind that it was “Music For Sah-Lay”, the name of some Indonesian place*.

Unbeknownst to me at the time, Music for Sale would be my first encounter with the late Jack Body who had recorded these musicians in situ and wrote the very helpful and insightful explanation in the 16 page booklet, which also included lyric translations and interviews.

But when I bought the record and listened to it I had no idea that the person behind the recordings was the same man who had put together those multi-site music performances in Wellington which were – true to their name – Sonic Circuses, none of which I had the good fortune to attend. 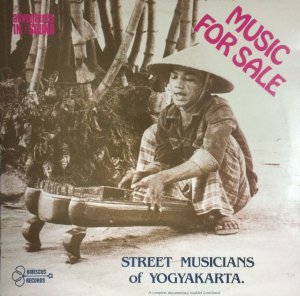 But, as one whose ears had become attuned to music beyond rock'n'pop radio in the late Sixties, I can very clearly remember being utterly hypnotised by the first song on side one of Music For Sale.

It was what I might now call familiar folk music, but strangely different. And immediately after it was . . . . something different again.

It was also, to me as someone closing in on 30 and with three kids (but who'd grown up on Ravi Shankar, Manitas de Plata and such stuff we might call “world music” today) a revelation.

These were real people singing on the streets with no expectation of being recorded, literally singing for their supper.

Some it was a little demanding, like this piece.

In other places there were what I took to be peculiarly bent but highly catchy pop, like this.

And that was how Jack Body snuck into my life.

Over the years I learned more – just bits and pieces -- about him and then when I went to an arts festival in Wellington in '88 I had a brief encounter with him when the Kronos Quartet were rehearsing one of the three pieces of his they were to premier at their concert. 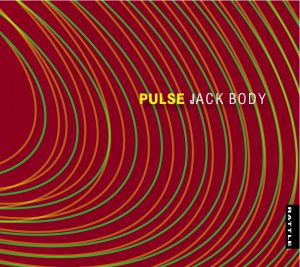 In 2001 I interviewed him about the double CD Pulse which Rattle released: one disc is of original music by performers from all over the world (some recorded in the street by Body) and the other is those pieces transcribed and performed by the NZSO.

"There was something about [the original pieces] I wanted to unravel,” he told me. “Notation is one way of pinning sound down but of course it means nothing when it is pinned down.

"You can see it, but it only means something when it comes to life again as sound."

Body certainly brought notes to life across an enormous and diverse range of styles -- from the theme tune to the soap opera Close to Home to sound installations, from film scores to folk-derived songs, from opera to internationally performed symphonic work – and was duly rewarded for it.

In '04 he was given the Arts Foundation Laureate Award and just days before his death he was accorded the Arts Icon award (only given to 20 living creative artists). He has been the only person to be accorded both.

The breadth and depth of Jack Body's life (1944 – 2015) deserves a biography but – because it would be rare for creative people to have two books about them – that perhaps won't happen for a very long time. The day after his death, the book Jack! Celebrating Jack Body, Composer (Steele Roberts) was launched.

“A conventional ordering of his life . . . would have been all too obvious and predictable to suit Jack,” writes Shennan in the introduction, which rather sidesteps what a reader might prefer.

Knowing the composer was in the closing months of his life, the editors approached dozens, then scores and eventually over 100 people who had known him, and asked them to celebrate his life and work and friendship. 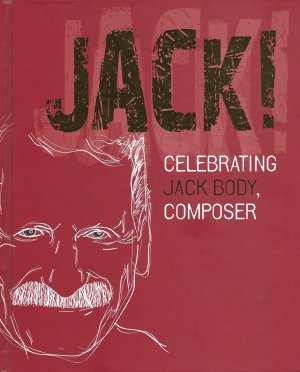 Most have opted for an open letter to Body, sometimes offering anecdotes and personal insights, others have presented an artwork or composition score in tribute.

This is all well and worthy, but the haphazard nature of the book's structure – his formative years as a child and schoolboy skimmed over, clumping discussions about him introducing gamelan to New Zealand audiences, his time in Indonesia and China and so on – make for a piecemeal collection of often mismatched fragments of memory and insight.

By the end – in fact within a few pages – you get the very clear picture of Jack Body the man (loved and admired, generous of spirit, inclusive and collaborative in his art) but somehow too the composer/artist slips away because none of his work is critiqued in any meaningful way.

The discography is messy, it collects his work by record label rather than chronology. 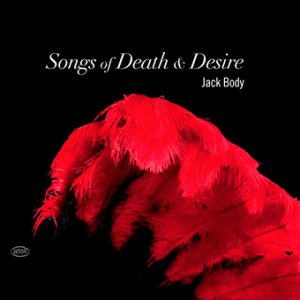 Jack! is a well intentioned book -- with some excellent photos -- but rather queers the pitch for a publisher considering a more thorough biography.

Of course, Jack Body lives on in his music, and that just keeps coming.

At the book launch two new CDs of Body's music were also launched; Songs of Death and Desire (Atoll) by the NZSO with singers Xiao Ma, Mere Boynton and Anna Pierard, and Passing By (Rattle/Wallace Arts Trust).

The former is the songs from his '13 theatrical presentation Songs and Dances of Desire about the drag queen Carmen Rupe, and they illustrate the breadth of his musical reach: There are pieces from Bizet's Carmen (reset), songs in French, Spanish, English and 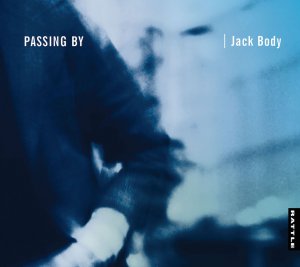 Maori, lyrics based on poems by Puerto Rican, Finnish and Chinese writers . . .

If anything the Rattle double-disc set is even more challenging but ultimately the more rewarding.

It includes his electro-acoustic masterpiece Musik Dari Jalan (an assemblage of sound samples to create an aural portrait of Indonesian streets) which – unbeknownst to him – was entered in the '76 Bourges International Competition for electronic compositions. It won.

Also included are Arum Manis performed by the Kronos Quartet in the Michael Fowler Centre in '13, a powerful solo violin piece Caravan based on an Iranian tune and played by David Radzynski, other electro-acoustic works and The Street Where I Live which has Body speaking about exactly that and his home of over 25 years, with solo piano by Stephen de Pledge.

As an introduction to the particular genius of Jack Body it is quite an ear-opener.

Truly, this Jack was a master of all trades.

To purchase Songs of Death and Desire go here; for Passing By go here and for the Jack! book go here.

*I am not cured of this visual language affliction, every time I see Dove soap in the supermarket I think it is “doh-vey”, like the Italian word for “where”.

Insightful critique as usual. Street music is just that and Body's selection from Indonesia had the smell and feel.
About your visual/aural thing - a friend wanted to be politically correct when seeing the name of this Maori man called Abe Wharewaka. So he very carefully called him "Aah-bear". Talk about laugh!