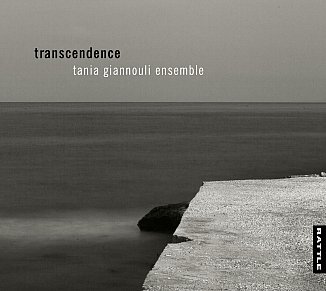 The previous album by Greek pianist/composer Tania Giannouli which appeared at Elsewhere was a duet recording Forest Stories with saxophonist/flautist and clarinet player Paulo Chagas and -- for no other reason than they were improvised pieces -- we posted it in our Jazz in Elsewhere pages (see review here).

It was such a fascinating album we invited Giannouli and Chagas to answer separately our Famous Elsewhere Jazz Questionnaire (see here and here) even though some might not have thought of them as "jazz" musicians.

This time out with a suite of compositions meditating on time and change with her small international ensemble (from Russia, Spain and Greece on cello, saxophone and percussion) we place her in our Cultural Elsewhere pages  -- for no other reason than these pieces are largely scored and refer more to the classical tradition. (And world music, especially on the North African/Mediterranean piece Sun Dance it must be said.)

So it would be an unwise person who would put Giannouli in any particular box.

While Sun Dance ends with a furious rush of energy and saxophone passages from Guido De Flaviis which take off from stately ECM then move rapidly into something akin free jazz fury, the following piece The Time Will Come opens with a delicate piano figure and the reflective music descends into a shadowland of emotion through Alexandros Botinis' cello and long lines on soprano saxophone.

And the strident Faster Than Wear -- which might be the most improvised here -- is the most challenging for its tightly-wound energy, relentlessness and sense of rage. In the liner notes she says this album is about her motherland, and you suspect when she recorded this one in particular she was mindful of the crisis which was to come.

But in other places there is a Romantic classicism, as on the opening passages on From Foreign Lands, before we are swept off to Maghreb by Solis Barki's percussion and an Arabic influence in cello and saxophone.

This is Tania Giannouli's second album for New Zealand's Rattle label and it has been a profitable association. The label is clearly giving her the scope she requires (she also writes for film and video) because her widescreen vision is best left unconstrained.

File her under classical, jazz, world music or where you will.

If you dare file her at all.