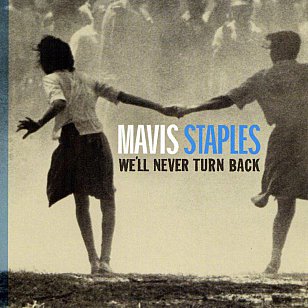 The great gospel-soul singer Mavis Staples -- now in her Eighties -- was a member of the legendary Staples Singers founded by her father Pops Staples, a close personal friend of Dr Martin Luther King.

During the Civil Rights period music was on the frontline so to speak. Much of the Staples' music was political or inspirational and gave comfort to those struggling for rights and recognition.

This exceptional album takes this wonderful, warm, powerful and earthy voice back to those days on a selection of songs -- produced by Ry Cooder using his band, and with backing vocals by Ladysmith Black Mambazo on a few tracks -- which evoke that era.

From the startling opener -- a treatment of JB Lenoir's Down in Mississippi -- to the closer, Jesus on the Mainline, the traditional songs are matched by originals from Cooder, Staples and others.

There is a deep sense of gravitas and empowerment here which is set against gloriously evocative arrangements where moody beats, mercurial guitar from Cooder and haunting vocals manage to be make this deeply personal and political but also life-affirming in the face of adversity.

Mavis Staples is a legend who has sung at the White House and with The Band at their Last Waltz, and on the frontline. But she had some trepidation about recording this album until she looked around her.

As she told Bilboard magazine at the time: "I realised what these songs were about wasn't all in the past. You've got Katrina and all of these black people - and some whites - floating around in this water with signs asking for help.

"And you've got policemen shooting these black guys with 50 shots. Why?

"And then you have a white comedian [Michael Richards, Kramer in Seinfeld] standing onstage and shouting the 'N' word.

And any reading of American news tells you it still is.

Race, rights and righteousness were all on this timeless album. 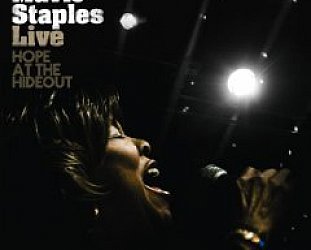 The last album by the great Mavis Staples, We'll Never Turn Back was picked as one of the best albums of 2007 at Elsewhere, and that was no sympathy vote for one of life's survivors who had... > Read more