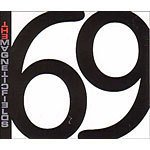 Without much difficulty -- because tribute albums almost invariably end up in discount bins -- I quickly possessed a tribute to a band that never existed (hats off to the Rutles) and to a band that seemed to have always existed (Grateful Dead).

This was dumb fun because tribute albums are at best patchy (I'm Your Fan, a genuflection before Leonard Cohen) and at worst truly woeful (the uninspired A Means to an End to the inspired if grim Joy Division).

I thought the homage to Kiss guitarist Ace Frehley was somewhat uncalled for.

One that really got me came when Auckland singer-songwriter-artist-everyman Chris Knox handed me a copy of Wasps Nests, a salute to the American band The 6ths -- on which he not so coincidentally appeared.

The 6ths probably mean nothing to you -- they certainly didn't to me then and haven't much since -- but the album was my introduction to the remarkable Stephin Merritt, the songwriter behind the group, who has also appeared under the names Future Bible Heroes and the Gothic Archies.

Clearly, Merritt is something of an odd fish, and a cult hero whose work has drawn praise from a brace of New York critics. He was variously described as a "genius" in the New York Times, "visionary" in the Village Voice, and the New York Observer extravagantly trumpeted that he was "the greatest living American songwriter."

In 2000 Merritt -- this time masquerading as The Magnetic Fields -- announced himself to the wider world with 69 Love Songs, three discs of 23 songs apiece, some little more than appealing miniatures.

Comparisons with Cole Porter and Randy Newman now started to make more sense, although there's still plenty of hype and wishful thinking on the part of some writers.

Good though he is, Merritt isn't the God-given genius some would have you believe.

But on 69 Love Songs he's impressive in his range and songwriting, and it's hard to imagine too many could pull off this ambitious feat.

For these musically diverse songs Merritt and his small ensembles essay a dizzying array of love songs, although there's nothing of the "Oh baby, I love you" stuff.

Merritt's lyrics are far too bent -- and, therefore, more engaging -- than that.

Here he is in typical form on the dark, Leonard Cohen-styled Time Enough For Rockin' When We're Old: "There'll be time enough for sex and drugs in heaven, when our pheromones are turned up to 11: but tonight I think I'd rather just go dancing ... "
Looks strange on paper, makes perfectly good sense when he sings it.

And with Merritt and his ensembles it's all in the delivery.

With Shirley Sims handling vocals on Come Back from San Francisco there's a pastoral sound, next up is the jaunty fairground quirkiness and easy familiarity of The Luckiest Guy on the Lower East Side ("I know Professor Blumen makes you feel like a woman"), then it's into the bent Brian Wilson-isms of Let's Pretend We're Bunny Rabbits and so on.

This is a project, some might say a cynical one, within a genre and maybe we should be skeptical about the ethic.

But it is so enjoyable and so knowing (he rhymes deliberately weakly sometimes and always falls for a chintzy pop melody) that it's charming when he writes something as simple, and simply entitled, as My Sentimental Melody (which sounds written for Morrissey).

Yes, stylistically Merritt is all over the place. But odd though he might be, he's also no fool.

He knows that if he had released a single or even a double disc he would not have risen above the radar. But a three-CD set was bound to garner attention. 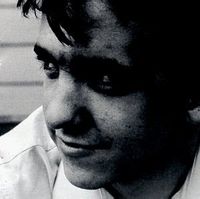 Merritt -- who is gay -- conceived the songs as an ambitious and grand theatre review song-cycle: "I'd have a theatrical revue with four drag queens," he said. "And whoever the audience liked best at the end of the night would get paid."

There are some interesting gender-bends in many of the songs (When My Boy Walks Down the Street, Long Forgotten Fairytale, Love in the Shadows) and humour is everywhere (Wi' Nae Wee Bairn Ye'll Me Beget, Experimental Music Love).

At times he does approach Cole Porter's wry way with a lyric ("love is like a bottle of gin, it makes you blind, it does you in . . .") and he namedrops or pulls in cultural references (Busby Berkeley, Rodgers and Hart, the movie Seven, Fellini, Billie Holiday).

Sometimes you get the impression songs have been written around one line (The Cactus Where Your Heart Should Be) but there is a lot of pleasurable and/or provocative listening in these lo-fi, thoroughly engaging and quirky love songs; from the angular, banjo-driven The One You Really Love to the funny-lovely paean to his Acoustic Guitar ("just bring me back my girl, she always said you were the one who could make her move her cute little bum") to The Death of Ferdinand de Saussure where he rhymes composer, closure, kosher and Dozier.

And 69 Love Songs can be the beginning of a journey into the vast catalogue and various personae of Merritt who has written soundtracks and for theatre, as well releasing albums with the various bands he forms around himself.

Someone should get 69 singers together and cover this whole silly but important collection. You can have hours of fun just imagining who might do what: Tony Bennett on How Fucking Romantic, Rancid on the 57-second Punk Love, Scott Walker for the gorgeous Parades Go By, the Residents in a romantic mood on Underwear, Bobby Vee for the reggae-minimal It's A Crime, the Dwight Twilley band for the pure pop of Meaningless, some female hat act from Nashville for I'm Sorry I Love You ...

See, with 69 Love Songs a splendid time is guaranteed for all.

Been outside watching the new moon sink slowly into the sea, followed by Venus. This song fitted perfectly. 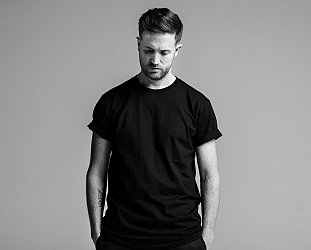