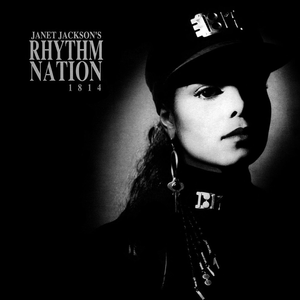 In February 2019, Janet Jackson – alongside Stevie Nicks as a solo artist, Radiohead, the Cure, Roxy Music, Def Leppard and the Zombies – will be inducted into the Rock and Roll Hall of Fame, an accolade long the preserve of white male guitar-rock artists.

The irony of that is if you look at who is up for single and album of the year at the Grammy's: it is predominantly black artists with a significant percentage black women.

Janet Jackson would seem long overdue for such recognition – she might make an interesting speech – because her recording career began 35 years ago and her most recent album was Unbreakable in 2015.

She might not have been prolific (11 studio albums in thirty-something years is hardly pedal-to-the-metal, although not too shabby given the often extensive and expensive touring between times) but she has never been less than successful in terms of sales and as a performing artist.

She might also have shared a strange infatuation for uniforms with her late brother Michael, but when it came to her social commentary she was much more specific.

Witness her musically strident and danceable Rhythm Nation 1814 album of '89 with producers/beat makers Jimmy Jam and Terry Lewis which was a remarkable studio construction full of hard beats, smart samples, various genres (new jack swing, hard rock on Black Cat, pop, hip-hop consciousness and dance) as well as having something to say about sex and lust (Miss You Much, the first single), getting yourself educated and away from crack (The Knowledge), ensuring children grow up safe and smart (Livin' in a World They Didn't Make) and snatches of samples from TV broadcasts, sirens and real world found-sound which made it seem like a loosely realised concept about that moment in time.

It was also shot through with pop as on the politicised dancefloor shaker State of the World: “Her body she has sold so her child can eat, what is happening to this world we live in?”

Whereas brother Michael often idealised children and presented himself as like some messiah through visual associations with Christ, Gandhi and other such figures, this Jackson distilled her anger into appropriately slashing beat'n'synth songs.

In many ways the Rhythm Nation album belongs to Jam and Lewis – and Jellybean Johnson on Black Cat which was a sole Jackson composition – who created the rhythmic and bass-driven substructures, although she did, quite rightly, get co-credit as the producer.

The running order put the social-conscience songs right up front then after The Knowledge she says “Get the point? Good. Let's dance . . .” and although the beats remain strident we are mostly off into other matters which hit below the waist rather than in the conscience.

It added up to an album which seemed to say more than it actually did, but said the little so convincingly that it was easy to be won over by it . . . after all, for most of it you are on the dancefloor.

The album also had a lot to live up to.

It's predecessor Control from '86 was massive (over five million sold immediately, past 10 million now) and sprung six number one singles, which made her the first female artist to get five singles from an album in the Billboard top five.

Although Janet Jackson's sales have comparatively declined in recent years and she is perhaps barely known by Gen Z and millennials, her induction into the Hall of Fame should serve to remind of her remarkable music, especially in the years either side of Rhythm Nation 1814.

Artists become eligible for induction 25 years after their first recording.