In this 50thanniversary year of big albums, many getting expanded reissue – Beggar's Banquet, the White Album, Are You Experienced and others – there will inevitably be those whose anniversary flies by largely unacknowledged.

Like the Zombies' mostly wonderful, enduring and enjoyably misspelled Odessey and Oracle.

To be fair though, O&O largely went unacknowledged when it was released in Britain in April '68 and it was really only when the hypnotic single Time of the Season got traction late in the year in the US that it gained some kind of attention.

Even so, the album only reached 95 on the US charts, and didn't appear at all in the UK listings.

Recorded at Abbey Road and produced by band members Rod Argent and Chris White – with the late Geoff Emerick (of Beatles fame) assisting – Odessey and Oracle is a delightful if overlooked Brit-psych pop classic, with influences from the Beach Boys evident on the opening Care of Cell 44 (a letter from a guy to his girl in jail) and the melodic bass lines mixed high throughout.

But elsewhere there is a glorious Anglo-pastoralism at play (A Rose for Emily, the reflective Beechwood Park, the emotional penumbra of Brief Candles).

And most especially in the ornate Changes which could have come from nowhere else but Britain in late '67 when mellotrons and strawberries were as important as a paisley shirt or a long flowing dress.

This was quite some shift for the Zombies from Hertfordshire who had scored a Beat-era hit with the much-covered She's Not There in late '64 but had gone through a very long fallow period. Their subsequent singles hadn't troubled the charts and it seemed they were washed up . . .

Or, more improbably, might enjoy a re-invention in the manner of the Moody Blues who emerged from the shadow of their r'n'b soul cover of Go Now (also in '64) to their baroque-psyche pop of Nights in White Satin in '67.

But few were thinking of the latter for the Zombies, least of all the band members.

So things were not promising when the Zombies entered Abbey Road just as the Beatles departed after polishing off Sgt Pepper's.

The Zombies – a bad name for the new day-glo era – were an oddly out-of-place band to be in that illustrious studio: A British band, yes; but after they'd been dropped by Decca they'd signed to the US label CBS which was playing catch-up with UK bands after cornering the global market with American acts like Bob Dylan, the Byrds, Simon and Garfunkel, Miles Davis, Barbra Streisand and many more.

They'd had some small success with one-off singles by British acts like Marmalade, the Tremeloes and Love Affair . . .

But by this point – even before Sgt Pepper changed the compass – everyone in the music industry was feeling that albums and not singles were the way to go.

So the Zombies, against the odds of their track record, were going to be CBS's album band from Britain?

There was a lot riding on the small shoulders of the five-piece . . . but their three-part harmonies, the individual voices of lead singer Colin Blunstone, keyboard player/singer Rod Argent and bassist Chris White were full of promise.

Albeit unrealised at that point.

Yet Argent and White could really write, even if their efforts on singles had largely gone ignored.

However this was only the band's second studio album and while they had some vague idea of songs about childhood – the innocence of kids was a much overrated idea at the time although the Beatles' Strawberry Fields Forever/Penny Lane single nailed it – that seemed to be abandoned along the way. Instead out came melodic songs about the girl behind bars, the dark evocation of the horrors of trench warfare in WWI on Butcher's Song (which Elvis Costello might even now wring out) and pop throwbacks like I Want Her if She Wants Me (think the Small Faces in their marijuana phase) and Friends of Mine (Kinks of the Something Else era plus Ivy League harmonies, but with an adult message of changed dynamics in broken relationships) and . . .

The magnificently produced and eerily elevating Time of the Season, a classic on every level from its dynamics, production, ambience, whispered backing vocals and jazzy keyboard solos which sung through the speakers and anticipated everyone from the Peddlers to The The.

Odessey and Oracle – the misspelled title no one in the band spotted in the weeks that their friend and commissioned artist Terry Quirk had on display for the cover, until they decided to go with it anyway – is one of those rare albums . . . .

Like Love's Forever Changes, Country Joe and the Fish's Electric Music for the Mind and Body and the Moody Blues' Days of Future Past which encapsulates a moment, a short-lived era and an emotional sensibility . . . but sometimes went past people.

The Zombies' great champion was Al Kooper. Just a couple of years before he'd been on Dylan's Like a Rolling Stone and Blonde on Blonde, the Who's Sell Out, had formed Blood Sweat and Tears the previous year and was a house producer for CBS.

He told the head honcho at CBS, Clive Davis, they needed to release this Zombies album in the US, despite its poor showing in Britain.

In fact CBS already owned it and had passed on its release and had tossed out the singles Care of Cell 44 and the bleak Butcher's Tale.

Both good songs . . . but in the case of Butcher's – which out-Rogered Waters about the fly-blown dead bodies hanging on barbed wire in the slaughter – were not radio material.

Then smart radio picked up on Time of the Season.

And the album started to make small waves.

Too late for the Zombies though.

During the sessions and the subsequent lack of chart success in Britain they called it a day.

So when Time of the Season – even now an extraordinary song – garnered a following in the US there were no Zombies to speak of. Or back it up.

The album again fell into a vacuum for most . . . But it has been belatedly acclaimed by critics and musicians everywhere.

That said, on the 50thanniversary there seems to be no anniversary edition.

And there are the backing tracks for Care of Cell 44, one for those who like Pet Sounds outtakes and such.

That reissue of the reissue – with insightful liner notes by the estimable Alec Palao – is a stone delight.

But at the end of it all, Odessey and Oracle remains what it is and was: a rare and largely ignored moment in popular music where British psyche-pop pastoralism was coupled with post-Pet Sounds.

And some how also spawned the extraordinary Time of the Season.

Odessey and Oracle was/is a wonderful psyche-pop album and a snapshot of British pop at a rare time when there was sense of the past, a capture of the moment and a look into the more colourful and optimistic future.

But that was hardly the Zombies' fault. 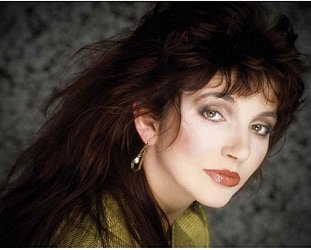 When Kate Bush released her fifth album Hounds of Love in '85 it came three years after her demanding but quite extraordinary The Dreaming. Even despite that hiatus – and an earlier gap of... > Read more 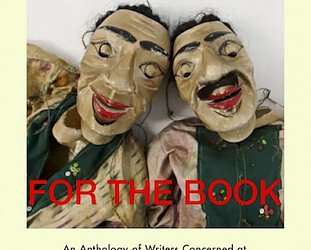