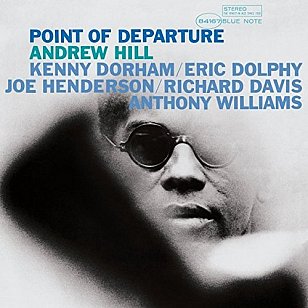 Blue Note's periodic reissue of its extensive catalogue ensures that it isn't too difficult to find their greatest albums – this being one of them – but with Point of Departure's reissue on vinyl (in late 2018, readily available on expanded CD with three alternate takes) we get the opportunity to point to it once more.

In some ways it is the archetypal Blue Note album: cover photo by Francis Wolff, design by Reid Miles, recorded by Rudi Van Gelder at his New Jersey studio on one day in March '64, remastered by him for CD in '98 . . .

Andrew Hill – who died in 2007, aged 75 – was new to Blue Note at the time and had been brought to the attention of the label's Alfred Lion by Henderson after the pianist had played on his session for Our Thing in September '63.

Hill's his first session as leader for Blue Note had been two months later (which produced the Black Fire album, released just after the Point of Departure session).

Although Hill's music has its roots in a post-Monk hard bop style, with Dolphy particularly pushing to the edge of free jazz as on Spectrum here, this – as the title indicates – was reaching towards new territory.

But it isn't all fire and fury: New Monastery has a strong swing component, there is wit in the brief Flight 19 and the gorgeous ballad Dedication is heartbreaking in this context. 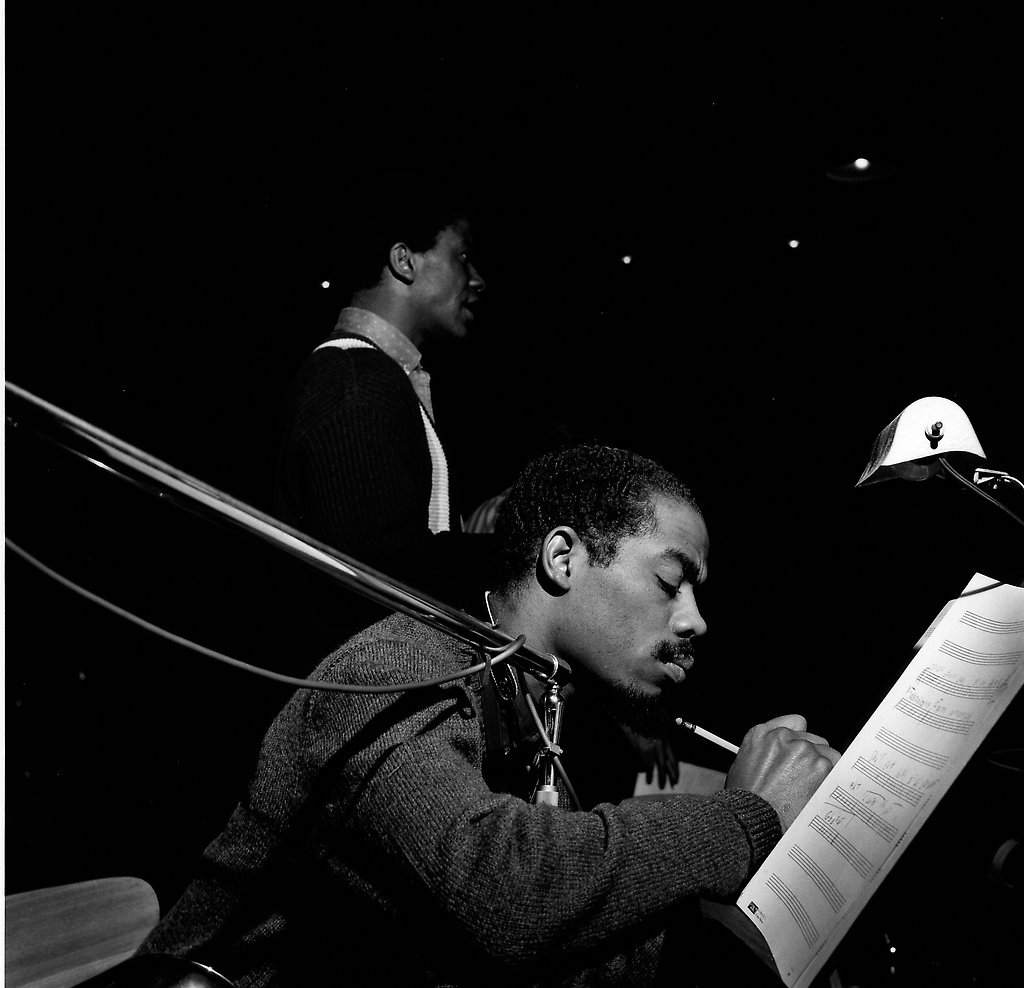 This was one of those moments when the star players aligned: Dolphy had recorded his classic Out to Lunch (another Essential Elsewhere album0 just a month earlier with Davis and Williams; Henderson and Davis had been on Black Fire; Davis again on the albums between that and Point of Departure . . . and label boss Lion was profoundly moved by Hill's compositions so was an enthusiastic supporter.

Witness that Hill did five album sessions in eight months before his first Blue Note album was even released. And he would release another nine on the label until 1970.

He was productive, if nothing else.

The “else” was his genius.

As Richard Cook noted in Blue Note Records: The Biography in 2001, “Hill is a tough musician to classify. Although his one one featured album prior to the Blue Note records [So in Love for the Warwick label] shows a fairly unsurprising kind of mainstream bop, by the time of his Sixties sessions he was very much his own man. There is no reliance on either standards or blues . . .”.

Drummer Joe Chambers who would be on subsequent Blue Note albums with the pianist said of Hill's playing, “It's like [psychoanalysis, you've got to check it out.”

Certainly Point of Departure is fascinating right from the 12 minute opener Refuge where his aural fingerprint of repetition dives off into different directions which are neither like Thelonious Monk or Bud Powell (whom he cited as influences) nor leaning back on pre-bop signatures.

Melodically and in his compositions – all strong and distinctive – Hill would shift direction and emphasis and with Dolphy and Henderson at the top of their game the album is edgy and sometimes subtle in its experimentation, and sounds as tense as it can be joyful.

“Until we got to Dedication,” Hill says in the extensive liner notes by Nat Hentoff, “the session had been extremely happy. But here a kind of melancholy settled on us.”
No doubt, the piece was originally entitled Cadaver and for Hill it was about an expression of loss. The “dedication” is to no one in particular but a more general sensibility: “I wanted something that would fit a death march,” he said.

Freed up rhythmically by the young Williams and pulling the solo space back for the ensemble to re-ground his compositions, Hill was at the top of his game and with excellent, empathetic players familiar with each other and him.

It was ironic then that none of Hill's albums for Blue Note, not even this peak, sold especially well for the label but Alfred Lion was as committed to him as he had been to Monk, who also didn't sell despite critical acclaim.

As an album Point of Departure captures that remarkable day when the players and the music came into rare alignment and while it serves as an Essential Elsewhere album it would also be the last studio session for Dolphy.

A peak for emerging Andrew Hill (and Tony Williams) and the departure of the great Eric Dolphy.