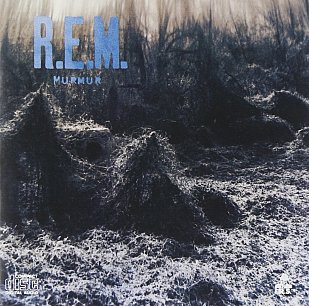 R.E.M. didn't invent the genre known as alt.rock or give their music that name, but they – along with Violent Femmes and others in the early Eighties -- came to epitomise it at a time when the musical landscape was awash with studio polished songs by Hall and Oates (Maneater), Michael Jackson (Billie Jean, Beat It), David Bowie (Let's Dance) and the Police (who were everywhere).

In '83 U2 had arrived in a big way, Joe Cocker and Jennifer Warne's won awards for their soundtrack song Up Where We Belong, Culture Club and the Sweet Dreams of the Eurythmics presented gender-bending images, the Thomson Twins went global and the career of Madonna was pushing off.

And into this carefully manicured and curated world of major label pop and rock came R.E.M. from, of all places, Athens in Georgia.

It is university town with a population of fewer than 200,000 at the time – only the sixth largest city in the sate – and off the map of any A&R person from LA or NYC.

They'd had modest success with their EP Chronic Town EP the previous year but their debut album Murmur signalled a sea-change in pop-rock on many levels.

In hindsight we should have expected a change – when complacency is embedded it always happens – but even so, R.E.M. of all people? 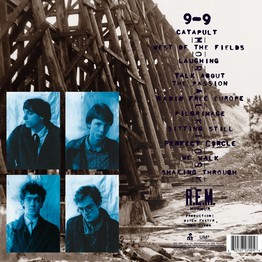 They didn't look the part – on the back cover of Murmur they appear as moody students or reluctant waiters – and their album's front cover was just kinda odd. It was slightly out-of-focus photo of kudzu grass, that rapacious and fast-growing “plant that ate the South” as people down there joke.

And jeez, even the track listing on the back cover smudged over a photo of a dirty trestle bridge was in a different order from what the songs were on the album.

Then there was their sound.

As writer David Cavanagh noted at a time when bands “dressed like Kid Creole and the Coconuts and had synthesizer players who clapped their hands above their heads” here was a four-piece who seemed folk-influenced, had jangly guitars like the Byrds, elusive lyrics which weren't that easy to discern because they weren't articulated clearly (murmur seemed an appropriate title) and . . ..

It came on a small independent label (IRS) and just was so out-of-kilter with the times that it shouldn't have worked.

And yet amidst that world of polished pop Murmur and R.E.M. seemed . . . authentic?

That is certainly how they were heard by the emerging college radio audience in the US which was weary of playlists and ZZ Top, wanted something fresh and something it could call its own.

Just as Flying Nun bands caught the tail-wind of student radio in New Zealand and the street music press of Rip It Up, R.E.M. became THE college radio act.

By the time of Murmur they had built a platform of college students who despised Top 40 radio and were cynical about the manufactured controversy which attended Boy George, Madonna et al.

R.E.M. just got up and played great , economic, catchy songs which were discrete and either uplifting or melancholy.

Selling either of those moods to people in their late teens or early Twenties isn't a stretch, those are emotions they know only too well.

And – again as with the Flying Nun bands – that audience wanted to feel a connection with the group they adopted as their own. 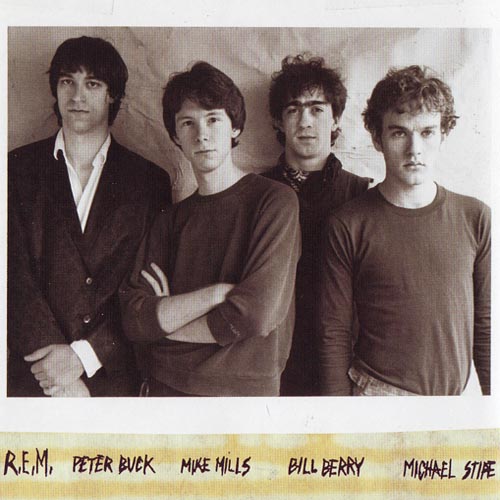 Michael Stipe, Bill Berry, Mike Mills and Peter Buck (unnamed on the cover) seemed like people you could talk to over a coffee or would see in the corner of the mall with a copy of a poetry book under their arm.

These were people for an emerging audience, an alternative to “rock” as it was.

And Murmur? God, there was some funny stuff there too: We Walk is just delightful and deliberately shallow pop.

But they came out the gate with the driving, chiming Radio Free Europe which slashes its way into attention – thank you producers Mitch Easter and Don Dixon -- even though you might scramble for a lyric sheet. (There was none.)

As we said previously when considering their first few albums, “R.E.M were willfully mysterious at a time when people were being handed music in ready-to-use servings. You had to take your time with them”.

And there was serious stuff too: “Not everyone can carry the weight of the world” sings Stipe on the yearning Talk About the Passion, and Pilgrimage starts weirdly menacing but then becomes somehow reassuring when those harmony vocals come on the second chorus. If they had any shared DNA with the Byrds – who seemed the easiest reference point for most writers – there was something very contemporary about R.E.M in that more uneasy world of the period.

Needless to say it wasn't immediately embraced in the rock world it found itself: vocals too low, not polished enough, stupid cover . . .

But the college kids got it and, as Michael Plen of IRS noted, “like the kudzu in its cover, fans of R.E.M. had emerged and spread wildly”. The album slowly caught on, the band's relentless touring furthered their reputation as a terrific live act with powerful songs, and nine months after its release Rolling Stone magazine named Murmur their album of the year.

In 2008 a CD reissue paired it with a live shows from Toronto just three month's after the album's release.

It confirmed everything people said about the band . . . . then and now.

College radio was now a powerful driver of taste . . . and something called alt.rock was born.

Murmur was there then and now, and it is an Essential Elsewhere album.

You can hear Murmur with the live album on the Deluxe Edition at Spotify here.

Upon the release of 'Murmur' one journalist opined that 'R.E.M. is the only band that mutters.'