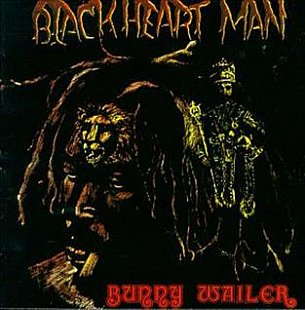 When the Wailers – Bob Marley, Peter Tosh and Neville “Bunny” Livingston – split in 1974, each went on independent but obviously interrelated paths.

Marley became the first Third World superstar and the global figurehead of reggae, Rastafarianism and ghetto politics, and Tosh remained a rebellious spirit.

Although he flirted with mainstream success when signed to Rolling Stone Records (Don't Look Back which featured Mick Jagger), Tosh was always a courageous outsider who was often a politically motivated irritant and sometimes hard going. He doesn't even rate a mention in Keith Richards autobiography.

Like Tosh, Bunny -- who styled himself Bunny Wailer – had quit the Wailers because the venues they were playing were offensive to his Rastafarian faith.

In his solo career he immediately delved more deeply into the roots of his religion on his debut Blackheart Man. Right from the start he was clear about the various places of these three cornerstone figures in the emerging reggae culture.

“All those people have an actual part, you couldn't compare them. One couldn't start, one couldn't work without the other. It would be stupid to start comparing the work the carpenter did with the work the mason did.”

And fair enough because their careers were quite distinctive and – the year before the seminal and rightly acclaimed Heart of the Congos roots reggae classic -- Bunny delivered its equal with Blackheart Man.

“Intense, personal, spiritual and immaculately executed with the aid of top Kingston session musicians,” wrote reggae researcher Noel Hawks in '82 of an album which included contributions from Marley, Tosh and various Wailers along with legends such as Robbie Shakespeare and Tommy McCook. 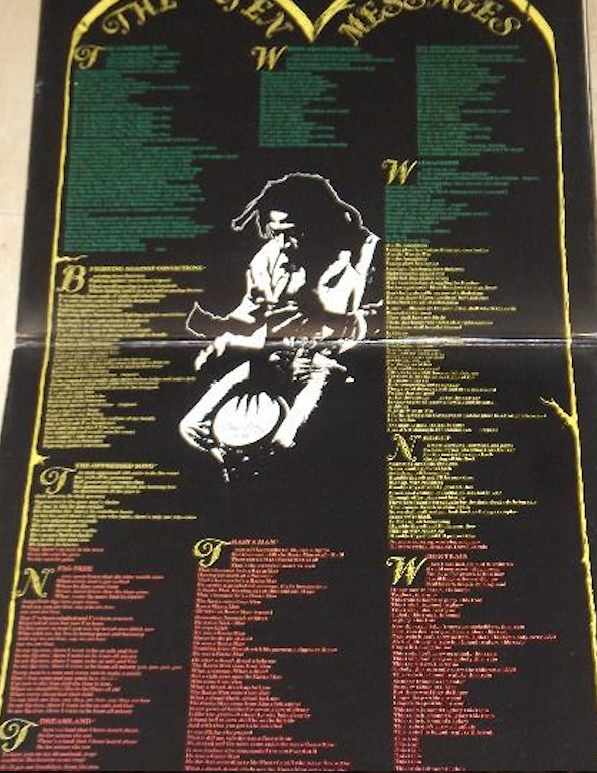 The title track refers to how women in the villages (like Nine Miles where Bunny and Bob grew up) would be fearful of the Rastafarian itinerants and tell the children to keep their distance. But then Bunny is curious and his journey into the faith begins.

Fighting Against Conviction extends his arrest for possession of marijuana into a metaphor about the struggles and tribulations in life, the hunger of the poor and how imprisonment punishes the children as much as the incarcerated.

The acoustic-framed Oppressed Song, which rides a classic reggae groove, compares the poverty of the poor to the poverty of the soul in the oppressor; Fig Tree boasts a catchy pop melody while he explores the escape from misery; Dream Land follows a similar thread into the promised land and dated back to Wailers days . . .

“The music that I sing is a comfort in the heart of the poor – white, black, blue, green, whatever,” he said in '80. “The man who struggles is the man my music is directed at . . . Things get deeper and darker on the second side of the album with Rastaman (“having the mark of a Nazarene”), Reincarnated Souls co-written with Judy Mowatt (although not co-credited, he credits himself as Bunny O'Riley too) is a breath of optimism before the apocalyptic Amagideon/Armagedon in which, like St John in the Book of Revelation, he has visions: nations rising against each others, mother against daughters, fathers against sons, little children having children, righteousness against evil . . .

Have faith he says, remember the call of redemption, blessed are the poor and meek and those who thirst for righteousness . . .

It's a powerful piece rolling towards the seven minute mark and near the end he says “the night is pass, the day is come, I see Jah shining like the shining sun.”
It's been a dark night of the soul.

Bide Up which follows is more affirmative (“humble thyself and I'll protect you, rise up with reasoning”) and the final song is his eight minute-plus version of the old gospel song This Train given a personal twist.

It is quite a journey.

And one which he hasn't fully repeated in the couple of dozen albums over the following fortysomething years since.

Bunny Wailer too consider Blackheart Man his his finest album.

And, on its own many merits, after more than four decades it still sounds essential.

Blackheart Man can be heard on Spotify here.