Because it in their interest to do so, many people exaggerate the power and influence of the internet. Websites inflate their readership and traffic, bloggers would pretend to have more sway than they actually have, and the champions of the new technology -- now quite old in fact -- see its power in every flicker of changing public taste.

But the power of MoveOn.org is undeniable -- at one level.

The story of this liberal, pro-Democrat organisation can be traced to a single e-mail from '98 when a couple in California's Silicon Valley, Joan Blades and Wes Boyd, didn't like the direction their country was moving and decided to use the tools they had -- e-mail and the internet. Initially they simply wanted Congress to censure President Bill Clinton (for his cigar dalliances with the intern Monica Lewinsky) and "move on" to more important matters. Just flick an e-mail to some people and get a bit of momentum.

Today the organisation has five million members who work at not just a grassroots level within their communities, but also have tapped into drip-feed financing of huge media campaigns and can call on the likes of Michael Stipe, Moby and Bruce Springsteen to take their messge to middle and alt.America.

Needless to say the Republicans fight back with their weapons of choice and Bill O'Reilly's "no spin" show on Fox accused MoveOn of lying and deceitfulness . . . while name-dropping Goebbels in the same context.

Today MoveOn.org has a wide reach into many and various campaigns and activities, and this 90 minute doco covers the growth and development of this influential group. But how influential?

The groundswell and "get out the vote" campaigns didn't stop Bush the Younger being re-elected -- and the conservative Fox has been progressively outstripping its rival CNN to the point of now having almost three times CNN's audience. In January this year 49% of those surveyed said they trusted Fox News.

In many ways that schism is emblematic of what has happened in the US political landscape, says Boyd: the Right moved further out and the Democrats didn't provide a sense of the loyal opposition. The John Kerry/war record debacle showed which side was the more shrewd.

Another political commentator notes that the Repubicans also did what MoveOn did in terms of using the technology, but did it better and quieter.

And a fair view would say that when it came to political ads, neither side shied from coming very close to slanderous and reductive positions. A nation divided, and using fear as a weapon.

MoveOn has had considerable sway in matters outside of politics -- the organisation's apolitical response to Hurricane Katrina was exceptional in terms of providing homes for the displaced -- and no one would underestimate its power.

But while many would point to MoveOn's growth and influence as reflecting the power of new technology, and hailing it as victory for the liberal Left, it's also worth noting too that adage about every action having its equal and opposite. 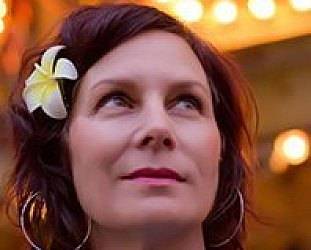 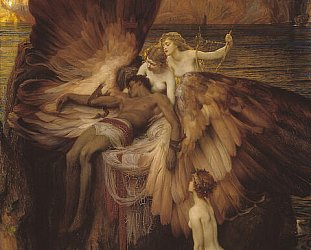 Few musicians have brought quite as much emotional intelligence and appreciation for the synesthetic relationship between the visual arts and music as Auckland's Paul McLaney.... > Read more