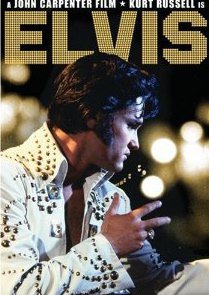 The lives of musicians (The Jazz Singer, The Glenn Miller Story, Till the Clouds Roll in 1946 about Jerome Kern) were an early fascination for film makers -- but most bio-flicks skirted lightly around any failings the central character may have had.

This 1979 film, two years after the death of its subject, didn't exactly dig deep in Presley's character flaws but offered just enough hints of his insecurities and emotional shortcomings to set it apart from the bio-flick formula of emblematic moments linked by songs.

As Elvis, the young Kurt Russell is close enough to a benign doppelganger at some points to be utterly persuasive when he is on stage (miming to effectively-Elvis vocals by Ronnie McDowell) and off stage he brings a performance which moves from youthful enthusiasm into an adult sullenness and emotional withdrawal which is equally convincing.

Director Carpenter -- here for the first time with Russell, the two would enjoy a long paring, notably with Escape From New York -- lays out the story arc in those emblematic moments (Sun Studio, meeting the Colonel, the death of his mother [played by Shelley Winters], army days, Hollywood boredom, marriage to Priscilla, the retreat to Graceland with the Memphis Mafia). But he also allows peripheral characters to come centrestage at telling points as Presley's life changed.

The story ends with his triumphant debut in Las Vegas in 1968 (the earlier televised "Comeback" is ignored) so the separation from Priscilla is only hinted at and the slow decline into pils and bloated excess is avoided.

There would be more brutal bio-pix of musicians (and indeed of Presley) to follow but Carpenter's film -- here with bonus interviews with Carpenter and Russell -- loosened the cap on the bottle.

Today it looks a little dated, but it remains one of the most successful bio-pix of a musician, and certainly one of the better ones about Elvis, a man who had a story to tell.

Like this? Then check out more Elvis at Elsewhere, and this film if you have a sense of humour about the Presley story. 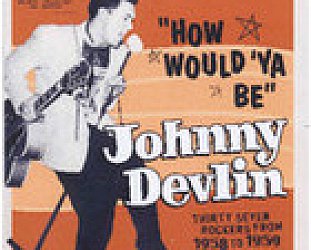 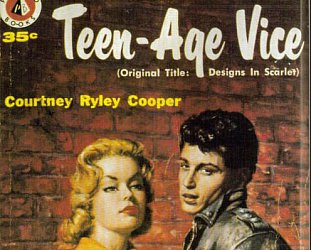 FIFTIES ROCK'N'ROLL; LOUD, FAST AND OUT OF CONTROL: Rock 101, The Originators

Billy Joel isn't usually cited in the Elsewhere world as an insightful reference, but his feisty We Didn't Start the Fire of the mid-Nineties was a brisk, rocking historical synopsis of our time... > Read more