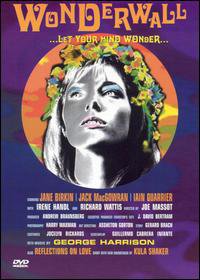 Joe Massot – who died in 2002 – had a short but reasonably spectacular career as a film director who had passing glances at rock'n'roll culture. He directed the first rock'n'roll western Zachariah in 1971 (pretty awful) and was working on the '76 Led Zeppelin concert film The Song Remains the Same when he was removed from the project and it was completed by Peter Clifton.

In 1980 he had a go at the ska movement with Dance Craze which featured Madness, the Specials, Selecter and others as it followed them on a UK tour.

And really that was about it – aside from the period oddity Wonderwall, a psychedelic cult film in 1968, with music by George Harrison, a Beatle's first solo outing outside the band and the first Apple release. 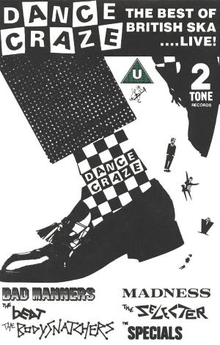 Massot, born in New York to Cuban parents, had arrived in London as Beatlemania was in full swing in the early Sixties and one of his short films Reflections on Love (1966) included interviews with the Beatles whom he'd met on the set of Help! the previous year.

His first feature was Wonderwall – a wry, slow and slightly farcical film staring the luminous Jane Birkin and the deliberately dowdy Jack MacGowran in a drama about a man escaping from the boredom of straight British society and into the colourful world of psychedelia. Harrison and various Indian musicians provided the largely uninteresting soundtrack.

Joe Massot was interviewed in 2001 when a recut version of the film was doing the rounds on the festival circuits.

Looked at from this distance, and I suspect even then, the story of an eccentric, conservative Englishman attracted to the swinging psychedelic next-door neighbours was a metaphor for what was happening at the time. Wonderwall is very much a film locked in its period and even at the time was a cult film.

Yes, when I came to England I was able to see those two societies quite clearly. British society was evolving and the old bowler hat world was dying.

The world of 1968 even in England wasn't quite as multi-coloured and acid-soaked as many people might believe, however. It was still a largely conservative society despite the Beatles and LSD and Sgt Pepper.

True, in the film there are a couple of moments where Jack [the professor played by Jack MacGowran] goes black and white, it switches. That was meant to define that.

The ending suggests, however, the world goes on and people are changed, but not much changes. British society shifted its consciousness for a brief time then everything reverted.

Yeah, very much so. People are still doing the same things and leading the same kinds of lives. But you have to remember there was also the Cold War and Vietnam and they were fierce. 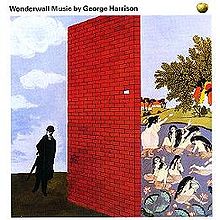 To have both music by George Harrison and art design by the Fool - who painted the Beatles' Apple building and John Lennon's Rolls-Royce - must have been more than a coincidence. They were seminal figures whose style defined that period.

The thing about then, which is difficult now to understand, was we were all together, we'd see each other in clubs. You'd see the Beatles and Stones, and various music groups and artists like Peter Blake converged into a small circle. There were writers and painters, that was what attracted me to it. But it was a candle you knew was burning at a short end.

You really felt this was a brief moment that couldn't last?

I was aware of the Vietnam War and had fought in the Cuban revolution and knew about communism so I could see this was only going to be allowed for a moment. We all knew it and thought, 'Grab the money and make what you were going to make.' You were briefly free to do it.

After Song Remains the Same you went quiet.

I went into a bad period. I made a terrible film, a motorcycle film with Barry Sheen. It was low-budget and we didn't have enough to do stunts, and Barry couldn't act ... Just the small things. (Laughs) 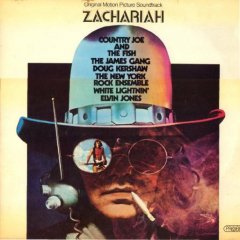 Zachariah was a peculiar one, a western starring Country Joe and the Fish, jazz drummer Elvin Jones and stadium rockers the James Gang?

I got the idea in India with the Beatles and at the end I was with George and John and they were doing this duel of who could out-meditate who. I got this idea making a western about two guys having a duel. I went to Hollywood unfortunately and made a deal.

Wonderwall disappeared for a long time, what prompted you to revive it?

It was the Oasis song Wonderwall that generated me into redoing it, not knowing the amount of work it would be or knowing I'd have to go back to George to find the original recordings. But we found them except for one or two tracks which we replaced with something George sent me.

There seems considerable interest in Wonderwall right now, perhaps because it captures that period so well.

Yeah, it's doing amazingly in America because they never saw it. And in England theatres are asking to show it. There's a short with it, Reflections of Love, which goes from the black'n'white period and turning into psychedelia.

That was what I was trying to capture, a brief but magical and colourful period, with George's music, of course.