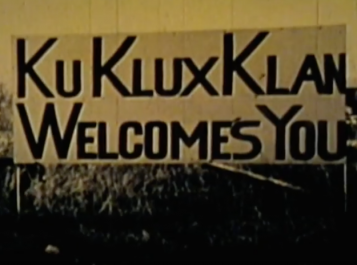 This extensive 90 minute doco turns back time to America in the early Sixties when segregation was endemic, Northern white folk singers were becoming engaged by obscure and rare country blues by Southern black artists and the Civil Rights movement was on the rise with Martin Luther King at its head.

At that time activists and music lovers converged in the Southern states.

The two trains of the title (from Bob Dylan's song of the same name) refers to two groups of blues researchers heading South, but it is among other metaphors here running parallel in this colourful and insightful doco – archive footage of the likes of Son House and racial division alongside contemporary interviews and animated reconstructions – narrated by Common and peppered with comment and commentary songs by artists like Lucinda Williams, the North Mississippi Allstars, Luther Dickinson, Gary Clark Jnr, Buddy Guy . . . 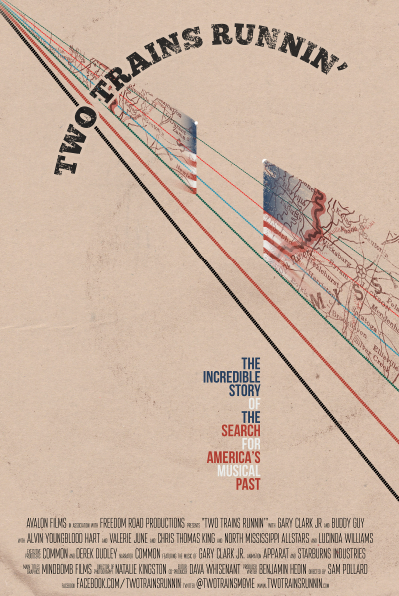 At one level this Grammy-nominated film is like a detective story as white artists, researchers and fans are seduced by the strange sounds of the likes of Bukka White, Son House, Skip James and others, and are surprised and pleased to learn they are still alive.

Might be, because the sightings were sometimes little more than secondhand rumours.

But if they were, then how to find these phantoms about whom few, if any, photographs existed?

And wouldn't it be dangerous for young white college students or dropouts to venture into the rural South where they would rightly be met with suspicion?

'Three Jews in a Volkswagen with New York plates . . . you look back and think I must have been batshit to do this,” says Dick Waterman.

But in the summer of '64 people like John Fahey, Henry Vestine (later of Canned Heat), Phil Spiro and others undertook the road trips in '64 and into a world where signs read “Ku Klux Klan Welcomes You” and as black activists gathered and marched many whites – police, Klan, Governor George Wallace etc – reacted with increasing violence: beatings, lynchings, the firebombing of a church in which four little girls were killed, the death of NAACP activist Medgar Evers, the Freedom Riders . . .

The music detective's search and the white Freedom Riders well-intentioned purpose of voter registration however turns into something else: rural black indifference, culture clash, plantation culture, arrest and harassment, keep off the streets at night . . . 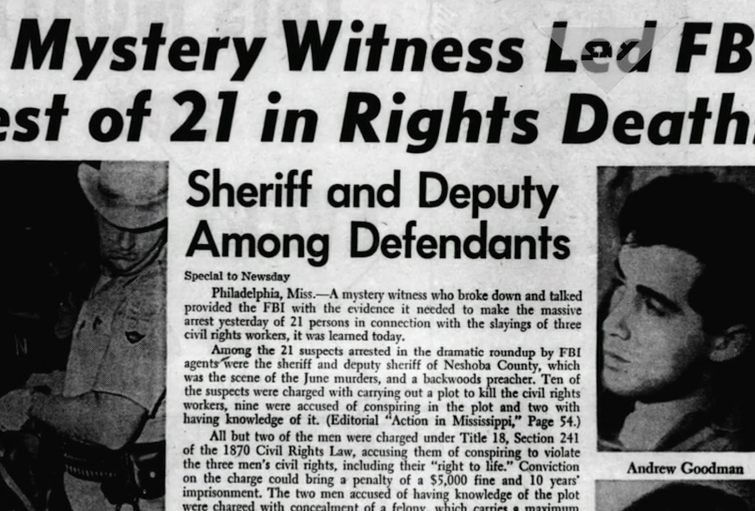 That is the backdrop which is steadily revealed, the Civil Rights Act which made segregation illegal, the white backlash, the murder of three activists (two white, one black), the proudly waving Confederate flag, guns drawn, tears and pain . . .

These trains were running headlong into a world of division, hatred and at some point hope amidst the chaos.

While some may note that white voices here are more prominent, that is in the nature of the search for these important lost or missing blues artists – notably the rediscovery of Skip James and Son House – and propels the narrative through the broader socio-political context.

In a recent documentary about the March on Washington in '63, Mary Travis of Peter Paul and Mary – who performed Blowing' in the Wind there – spoke of looking out on that massive audience and feeling a great sense of hope that change was coming.

Change did come . . . but looking at the divided America of today you'd have to conclude it might have been more superficial than many thought.

This doco pulls the plaster off that wound and we can see just how deep that hurt ran.

Not too far down the track of '64 there would be more murders, the assassination of Malcolm X and Martin Luther King, the rise of the Black Panthers . . .

And in recent times people actually have to say “Black Lives Matter”?