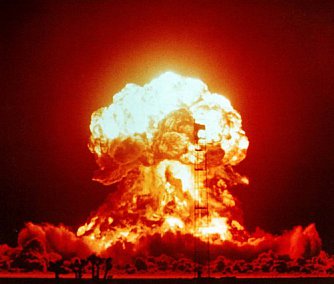 Truly terrifying music is rare: there aren't that many pieces which make the hair on the back of your neck prickle, fill you with a sense of impending doom, make you feel uneasy somewhere deep within a part of your brain where rational thought no longer works for you.

Pere Ubu -- whose debut album The Modern Dance appears at Essential Elsewhere incidentally -- manage that kind of music with alarming regularity, especially in their early days.

They made visceral music of sinew and gristle, propelled by industrial noise and David Thomas' threatening vocals which were more Eraserhead than Halloween, more suggested than overt. The disconcerting desperation in his voice, the odd sounds, the suggestion of an unspecified narrative . . .

This all added up to music of unease -- and few bands would launch a "career" on the back of a single like Thirty Seconds Over Tokyo (with Heart of Darkness on the flipside).

Inspired by a film about the first American bombing mission over Japan -- but seemingly more about the psyche and notion of it rather than the fact -- Thirty Seconds Over Tokyo is like being inside a prism and seeing your reflection as victim on some sides and right through to your enemy's eyes (on the ground or in the cockpit) on others.

And as the tension rises it becomes harder and harder to turn away.

Helluva debut single if nothing else.

But it was always about much more than that.

For more one-off songs, unusual singles or music with a backstory see From the Vaults. 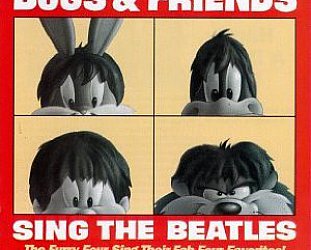 There have been thousands of covers and interpretations of Beatles' songs -- from the refined (orchestral and chamber groups) to the ridiculous (dogs barking out She Loves You), from jazz and... > Read more