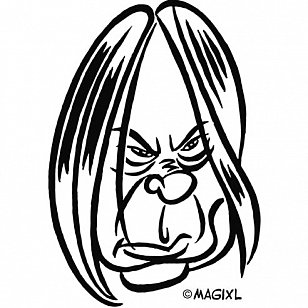 Given his tendency to release as much music and as often as he can, it's increasingly hard to make the case for anything by Neil Young as being rare.

His Archives Volume 1 scooped up vast tracts of early material, and when Vol 2 rolls around (no one would dare put a date on that, the first volume was spoken about for decades) then maybe songs like this one will be included.

But for now Cocaine Eyes only ever appeared on a limited edition, five song EP Eldorado which coincided with a Japan/Australasia tour.

The songs were lifted from an intended album entitled Times Square and credited to Young and the Restless (drummer Chad Cromwell, bassist Rick Rosas) and apparently only 5000 were pressed -- although of course CD bootlegs from Japan started turning up, and in mid '89 Melody Maker reviewed one. 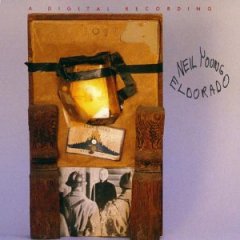 Times Square was, as with so many other Young albums, scrapped at the last minute.

However some of the Eldorado songs (the title track, On Broadway, Don't Cry) turned up on subsequent albums -- he toured as Neil Young and the Lost Dogs incidentally -- but the rowdy and raucous Cocaine Eyes ("the heaviest music I've heard in years -- infernal, brutal, massive" wrote Allan Jones in MM) never has as far as I can tell.

Not to say it won't, the projected Archives Vol 2 will cover this period.

But this is for you if you feel you might not have a decade or two to wait.