Long before the Reggae Philharmonic Orchestra of the late Eighties/early Nineties, Jamaican musicians were appropriating classical music and turning it around over ska and reggae rhythms.

The provenance of this particular hit is perhaps a little muddied: it is variously attributed to (singer/bassist) Boris Gardiner of the Upsetters, and also to producer Byron Lee and his studio band the Dragonaires.

Certainly my Lee single on the Duke label is identical in all but artist attribution to the Gardiner version pictured . . . although again things are confusing because Elizabethan Reggae is on the B side of my version.

Oh, and Gardiner's version sometimes appears on the Trojan label.

But that's in the nature of oddball JA singles I guess, and the Gardiner version is said to have been produced by Junior Chung.

My best information is an early release slipped out under producer Lee's name, the proper one came shortly after under Gardner's name as it should have. 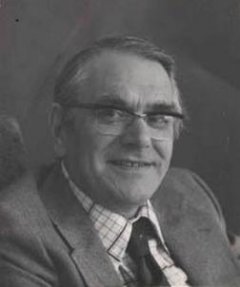 What is certain however is that the melody was a popular light entertainment theme by Ronald Binge (left) and was used on many British television programmes . . . and in a Dairylea cheese ad.

It is actually entitled Elizabethan Serenade and was also covered by Mantovani among many others, Binge being and arranger for Mantovani bedore the war then later being the man who developed Mantovani's famous "cascading strings" sound, see here.

For some unkown reason this lightweight (and cheesy?) melody provided the raw material for the Gardiner/Lee version which became a minor hit in '70 in Britain.

Elsewhere: providing the link between Mantovani, Kingston, Dairylea cheese and ice-skating (see below).

And they said it couldn't be done?

I could have posted a pristine MP3 version, but here's my original single with decades of surface noise for your added enjoyment.

For more unusual singles, songs with an interesting backstory or one-offs see From the Vaults. 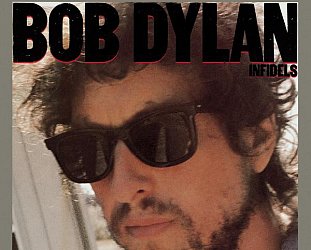 As I write, the fragile "peace" between Israel and the Palestinians on the West Bank looks to be holding. At least, the missile attacks from both sides have stopped and some people are... > Read more