There were at least three different versions of this psychedelic classic which is best known in its third incarnation by Jefferson Airplane. But the song dated back to before that '66 single/album track -- back to the band that singer Grace Slick was in before she joined the Airplane.

Her previous group -- with her husband Jerry and his brother Darby, who wrote this -- was The Great! Society and their first recordings were produced by a local San Francisco DJ called Sylvester Stewart, later to become famous as Sly Stone.

Somebody to Love -- written when Darby was coming off an acid trip and learned his girlfriend had spent the night with another man -- was their first single, recorded as Someone to Love in November '65 and released the following February.

By Darby's account that version was "sadder" than the Airplane's version: "I'm not saying it was better, but there was a sharper contrast between the verse and the chorus. Everybody who heard said, 'This is a hit' and as soon as the Airplane heard it, those guys were also saying 'This is a hit'."

The single was sent out as a promo copy but never sold in stores. Then the song got a second life when it was recorded live at the Matrix Club in June '66, which is this version here, and was released after Slick had moved on and joined Jefferson Airplane.

A more raw and garageband treatment, it was by all accounts a much superior version to that of the obscure single.

"Everything about the Society, from the performers to the material," wrote Alec Palao in the liner notes to the San Francisco psychedelic collection Love is the Song We Sing, "was striking and innovative, and at this very moment they were at the top of the heap of the city's rock pile -- to be gone in just a handful of weeks."

For more one-offs, oddities and song with an interesting backstory check the daily updates From the Vaults. 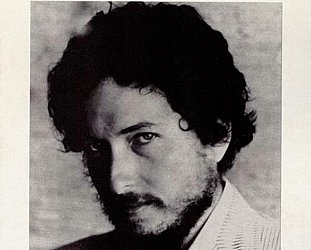 Given that Bob Dylan has long been considered the greatest poet in rock, it seems a little surprising he never published a volume of verse or recorded some poems. But as he noted in his... > Read more