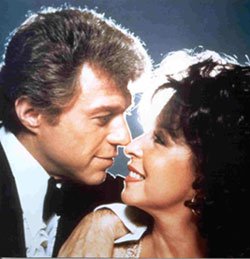 The fad for lounge music in the late Nineties was amusing enough, but inevitably most of what emerged was forgettable. (Although who could expunge this from the memory.)

Still, groups like Pizzicato Five were kind of amusing, and it was good to hear the great Esquivel and Martin Denny's names being mentioned in hip'n'fashionable circles even if you suspected most people didn't have a clue who they were.

The album Lounge-a-Palooza was almost ineviatble therefore as people like Fastball, PJ Harvey, Fun Lovin' Criminals and others lined up to cover slightly kitsch songs (This Guy's In Love With You, Zaz Turned Blue, I'm Not In Love respectively) in a martini hour manner.

Among the acts however was the genuine Vegas husband-and-wife duo of Steve Lawrence and Eydie Gorme who had fine career in clubland with show tunes, MOR standards, big band belters and even pop hits (Eydie's Blame It on the Bossa Nova in '62 and his Go Away Little Girl of the same year written by Goffin and King).

They counted among their friends and peers Frank Sinatra, Judy Garland, Perry Como and other legends.

So it was almost slumming it for them in their 60s to take on Soundgarden's Black Hole Sun for the album. Still, as Pat Boone proved at this time, some of the straightest people have a very good sense of humour about themselves and their image.

Can't imagine it works the other way.

Its not Lounge but I'll meet your Black Hole and raise you a Lemon:

or perhaps a Popp

The life, times, opinions and music of Frank Zappa are too huge and diverse to come to terms with easily. What is beyond question (and some of his music and opinions were questionable) is that the... > Read more 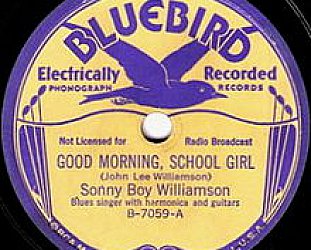 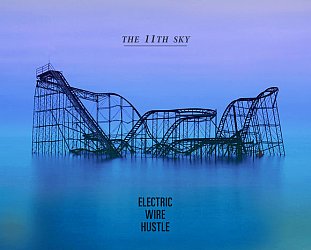