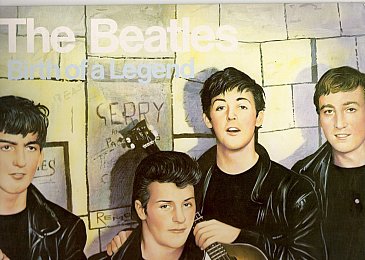 Among the many odd things about the Beatles audition for Decca Records on January 1 1962 wasn't that the company's Dick Rowe famously turned them down saying they sounded too much like the Shadows and that groups with guitars were on their way out.

On the evidence of the sessions the big question was, "What were the Beatles and their manager Brian Epstein thinking?"

At the session the Beatles (drunk and hungover) chose to play a hotch-potch of material from McCartney's Hamburg favourite Besame Mucho and the standard September in the Rain through to a limp Buddy Holly cover (Crying, Waiting, Hoping) and Chuck Berry's Memphis to Phil Spector's ballad To Know Him is to Love Him.

Clearly the idea of performing standards and a smattering of rock'n'roll (Searchin', Lennon on a decent run through Money) they were showcasing in the hope of impressing with their diversity.

But on the evidence you'd have to say Rowe might have just been making polite excuses (he signed Brian Poole and the Tremeloes so clearly guitar groups weren't on their way out) because they sounded underwhelming -- and sometimes downright odd.

Lennon throws some weird, and presumably what he thought were funny, sounds into Searchin' and Shiek of Araby . . . and then there is this version of the Lieber and Stoller-penned Three Cool Cats which had been a hit for the Coasters (who had also previously recorded Searchin' and Besame Mucho).

Surprisingly, given his limitations so evident on Sheik of Araby, Harrison does a decent job on lead vocals (although his thick Liverpudlian on "talkin' all about how sharp/short they are" is strange) . . . but it's what Lennon does by way of backing vocals when he throws in what sounds like a Peter Sellers/Inspector Clouseau voice and later a bad parody of a Mexican.

Perhaps it's because Harrison did so well that this turned up on the Anthology I set . . . but curiously enough the much bootlegged Decca sessions were also given something approximating an official release.

At least, in 1983 a dozen of the 15 songs they recorded (none of their three originals Like Dreamer Do, Love of the Loved and Hello Little Girl) appeared on the Music World budget label in New Zealand as Birth of a Legend, a title which, on the evidence of the contents, wasn't quite as true as it sounds.

The "legend" would be truly born eight months later at EMI under the watchful eye of George Martin and with Ringo Starr now replacing Pete Best. 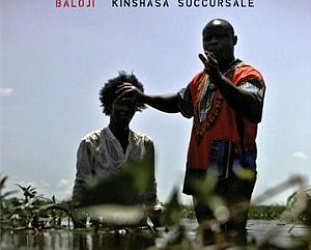 Given how many producers, remixers and musicians are flocking to Kinshasa in search of Congolese musicians, it seems the former Belgian Congo is the new Jamaica. No bad thing, some of the music... > Read more