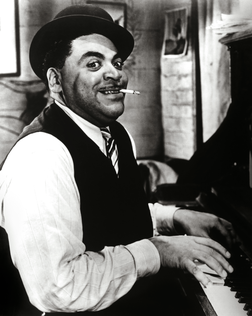 Paul McCartney covers this old Waller song on his album Kisses on the Bottom where he goes back to songs he knew fondly in his childhood (and isn't the first Beatle to do so, Ringo did a collection "for his mum" with his album Sentimental Journey in 1970).

But here is Waller, a man whose career was cut tragically short when he died in '43 at 39. But then he did rather push himself.

"He liked to ball," said his friend and clarinet player Gene Sedric. "He'd go three or four days without sleep then go to bed for 48 hours."

He also liked his food, hence the name.

But Waller was also something of a stunted talent whose catalogue is ful of minor pieces he could just knock off at will, and as Sedric noted about his record company tossing him weak material, "It seems like they would always give him a whole lot of junky tunes to play because it seemed as if only he could get something out of them".

Waller yearned to do more and frequently spoke doing something different on organ and piano, but in '43 he ran out of time.

But as master of the stride style with an astute left hand finely tuned to swing, Waller gave us more than enough music and some classic compositions such as Ain't Misbehavin' and Honeysuckle Rose. And McCartney used to sing Your Feets Too Big in the Beatles' Hamburg days.

Louis Armstrong once said, "Fats is gone now, but to me he's still here with us. His very good spirit will keep him with us for ages. Right now, every time someone mentions Fats Waller's name, why you can see the grins on all the faces, as if to say 'Yea, yea, yea, yea!' " 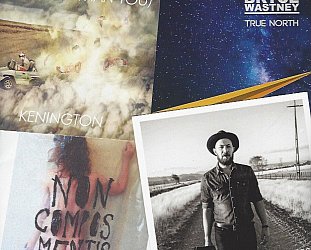