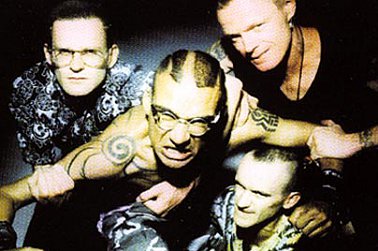 Thanks to the enthusiasm of former member Peter McLennan, Auckland band Hallelujah Picassos -- once a fixture on the New Zealand music scene in the late Eighties to mid Nineties -- were given their dues through a series of reissues in the 2010s.

First out of the blocks was the compilation disc Rewind The Hateman (here) and then an 11 track collection of their covers entitled Picasso Core Jukebox (available digitally here).

As mentioned previously, the HPicassos were pleasingly uncategorisable and often sounded like a collision between someone's classy reggae and ska collection and a bus driven by a funkmaster containing a metal band.

In fact when you think their peers were Supergroove, Head Like a Hole, Salmonella Dub and various hair-metal bands playing the "five bands for five bucks" nights at the Powerstation it all maks sense. Sort of.

They were like all of those (without the poodle hair) but sometimes hopped up on anger and most likely other things.

The Picasso Core Jukebox collection tosses out some very bent covers, among them Bo Diddley's Who Do You Love, Sixties garageband the Sonics' Psycho and Strychnine folded into one, Smokey Robinson's Tears of a Clown as reheard through Britain's The Beat, local singer-songwriter Greg Johnson's Talk in this Town . . .

In their own strange ways, they all made sense.

But this, a one-off previously unreleased run-through of The The's poised ennui of Perfect seems an unusual choice.

In the notes which accompanied the collection, McLennan says they originally did it as a noisy grunge version as far back as '89 (that makes sense) but this version evolved over a day in the studio and what you hear is the first run-through with Bobbylon trying out a new drum pattern.

He thought they were just rehearsing it.

But folks, that was a take. 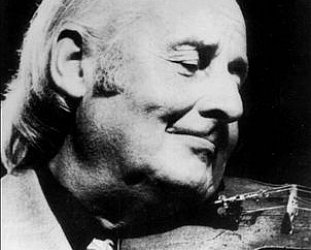