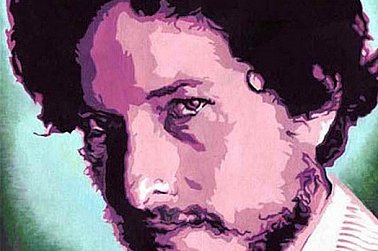 Because of the length and breadth of his catalogue, it is hardly surprising Bob Dylan should have appeared at From the Vaults from time to time (see here), not always with great, lost songs either.

A few are real duds.

His myth-destroying Self Portrait double album of 1970 is one of those oddities you can return to and find the oddball rubbing shoulders with the truly awful and the ocassional sublime song.

This piece is among the latter and although Dylan took the writing credit it is clear from the first line that it is based closely on a traditional Celtic ballad.

It is an interesting song in that it is a dialogue and Dylan plays the roles with genuine feeling, and the supportive string and vocal arrangement is equally sensitive. Taken together they evoke a Romantic poet on a ramble through the Lake District or the lochs of Scotland.

But there is also something more. Both the lyrics and the strings suggest something darker going on, the male character is a watcher who declares his secret love in the final verse . . . and the fair maiden gets nothing to say about this.

There is an enduring mystery about the song even as the last notes fade.

One of Dylan's finest deliveries of the period, unusual in that it was enhanced by strings and a traditional song which sounds timeless.

Alongside Copper Kettle -- also a traditional song with strings (American, and one he didn't claim to write) -- this is one of those songs which almost redeems Self Portrait.

We are actively promoting a link to this interesting topic on The Bob Dylan Project at:
https://thebobdylanproject.com/Song/id/55/Belle-Isle-The-Blooming-Bright-Star-of-