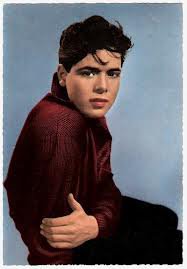 Although there is still some debate about which was the first rock'n'roll record, the critical consensus appears to have decided on Rocket 88 written by Ike Turner at the famous Riverside Hotel in Clarksdale, Mississippi.

When it comes to the first British rock'n'roll record there is no doubt. It is Move It by Cliff Richard.

Recorded at Abbey Road in July 1958 with entrepreneur Norrie Paramor producing, Move It -- released in August and reaching number two on the British charts -- was the record that proved the British could do it.

Written by guitarist Ian Samwell on the bus on the way to Cliff Richard's parent's home in Cheshuny, Move It was his response to a Melody Maker writer Steve Race saying the magazine's readers should "oppose rock'n'roll to the end".

This was his Roll Over Beethoven-type response to Race, and in the studio the band and Cliff nailed it.

As Pete Frame says in his excellent book The Restless Generation, "In the studio, Ian Samwell's surging rhythm guitar and Terry Smart's drumming drove the song, setting the tempo and feel. Session guitarist Ernie Shear, working under Samwell's direction and happy to experiment, played the intro, the fills and the solo; Frank Clarke, another dance-band veteran, gave it a solid bass line.

"Meaning every word, Cliff sang it with an assurance and authority that belied his youth and inexperience. Up in the control room recently recruited recording engineer Malcolm Addy added echo, boosted the sound and set the levels to create a hotter, more atmospheric mix than anything that had ever come out of Abbey Road before.

"In less than half an hour, the six of them had painted the first masterpiece of British rock."

Yes, Move It -- see clip below with a sultry young Cliff -- is a British rock classic and a turning point for British musicians.

So why do we have here Schoolboy Crush?

Norrie Paramor might have been a smart guy, but he couldn't pick a hit and to his ears this song from the same session was much better. In fact this was the song they recorded first and was, briefly, the A-side to Cliff's first single with Move It, recorded as the flipside filler.

Paramor touted around Schoolboy Crush -- despite his daughter insisting Move It was better -- and Move It wasn't a contender until television pop producer Jack Good, also dismissing Schoolboy Crush, turned the record over.

He loved Move It and almost overnight Schoolboy Crush was relegated to the flipside and Move It became the sound of young rock'n'roll Britain.

So here is the song that might have ended the career of Sir Clif Richard before it even got started.

Schoolboy Crush -- his first recording -- written by Schroeder/Gilbert and a mindless piece of American pap.

For a personal encounter with Sir Cliff Richard see here. 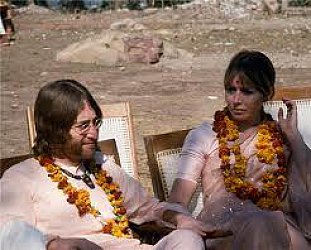 Give them credit, the Beatles were always incredibly productive and even on their holidays -- like the six weeks that Lennon and Harrison spent in Rishikesh with the Maharishi -- they were... > Read more