It's possible only obsessive Dylanologists and those with far too much time on their hands would know the full story behind those many outtake albums (and bootlegs) which have emerged over the years and collect studio sessions from The Freewheelin' Bob Dylan album.

That was the Dylan album from '62 which famously had him and his girlfriend Suze Rotolo on the cover.

He was a folkie back then singing songs by Hank Wiliams, Big Joe Williams and Robert Johnson in the Village . . . but also -- while still in the shadow of Woody Guthrie -- writing his own songs.

Blowing in the Wind, Girl From the North Country, Masters of War, Oxford Town, A Hard Rain's Gonna Fall, Don't Think Twice, I Shall Be Free . . .

All of those seminal songs appeared on The Frewheelin' Bob Dylan (he wasn't actually freewheelin' but domestically livin') . . .

Most songwriters might have retired on the strength of just those songs alone. 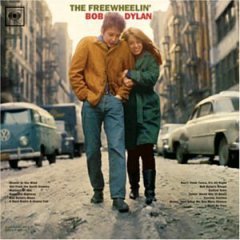 Listen to that album now -- his second -- and he just sounds young but committed. And every now and again like a black folk-blues singer.

No surprise then that during the sessions he did Arthur Crudup's That's All Right Mama which Elvis had twisted from blues into rock'n'roll/rockabilly.

But Dylan kept it very country-folk, because -- despite a high school yearbook posting saying he wanted to join Buddy Holly's band -- he was not a rock'n'roll guy at this point.

A listen to this second take.

He seemed ready to take the leap.

Without any difficulty I have picked up bits and pieces of early Dylan -- notably the bootleg John Birch Society Blues which I inherited in lieu of rent from an indolent in the late Sixties  -- and an album under the title The Freewheelin' Outtakes has previously appeared in stores. Albeit briefly because Dylan and Sony seem to have assiduous lawyers.

But these tracks come from a very different version of an "Outtakes" album because it has various takes of I Shall Be Free and Heroes Blues, and other such things

Listen to Hero Blues and tell me you don't know what great song that lead to.

So given how quick Dylan's lawyers have been in protecting their client (seen this one since its release?) if Dylan's formative years are of interest to you then leap now.

Thia song comes from the album Bob Dylan: The Freewheelin' Outtakes on BDA released in New Zealand through Triton. It has 25 tracks which include different takes of a few songs.

Thanks Graham
I have ordered this through Discogs and it looks like it will be coming from Glasgow.
Sounds great. Cheers.
Jeffrey

Just a friendly correction . . . his yearbook stated that he wanted to follow Little Richard. GRAHAM REPLIES: Well spotted and spot on. His ambition was "to join Little Richard" . . . but he ended up playing piano with Bobby Vee under the name Elston Gunn.

We are actively promoting a link to this interesting topic on The Bob Dylan Project at:
https://thebobdylanproject.com/Song/id/632/Thats-All-Right-Mama 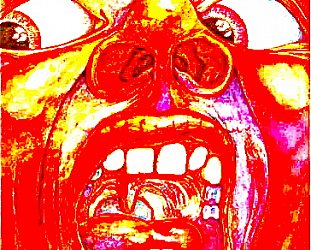