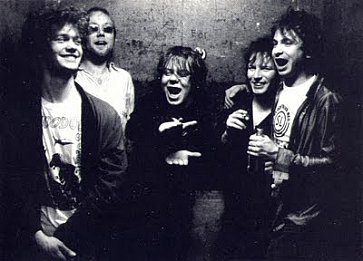 But on the evidence of this song they might well have been around in the late Sixties because they sound closer to a Sonics/Stooges take on psychedelic rock of the kind that Blues Magoos, Electric Prunes and others were making.

An inspiration for bands like Hellacopters and the Hives (also from Sweden), here they do a very good line in teenage anger'n'disillusionment with a great hook.

This compilation was available at the Abba/Swedish Music Hall of Fame and Elsewhere will feature more of it soon.

It's a ripping collection.

When Nick Lowe sang this oldie in concert at the Powerstation recently (see review here), it's a fair bet many in the audience either didn't recognise it, or hadn't heard it in over four decades.... > Read more