Some albums catch a band at a turning point, one foot in the past and the other stepping towards an unknown but promising future.

If the Beatles, through exhaustion and wrung out by the constant pressure to produce, had called it a day in late 1965 their legacy would have been easy to distill down: a few joyfully adolescent pop hits, Beatlemania, a classic pop film in A Hard Day's Night . . .  but two final albums -- Beatles for Sale and Help! -- which showed a weariness; the former full of filler from their Hamburg/Cavern days and Help! (recorded in dribs and drabs over six months) redeemed by Lennon's revealing title track, the great Ticket to Ride single and McCartney's Yesterday.

Like Buddy Holly -- who left a legacy of pop music but also the gorgeous string-enhanced True Love Ways -- people might have speculated as to where the Beatles could have gone: into ballads (McCartney) or more emotionally naked music (Lennon)?

But Rubber Soul of December '65 was a different album again: one foot in the past (pop economy) but reaching towards that unknown and promising future (In My Life, Norwegian Wood, Nowhere Man).

Revolver of '66 was in that unknown future.

In retrospect, while '67 is acclaimed as the great year for debut albums (Hendrix, the Doors and others), 1966 was the one when many British bands from the first wave post-Beatles came to full flower: Aftermath was the first Stones album entirely written by Jagger-Richards; the Kinks' Face to Face; the Who's A Quick One with its mini-opera . . .

And in the US bands everywhere caught up with the British Invasion and created their own signature styles: the Beach Boys with Pet Sounds, the Byrds with the Fifth Dimension album which included Eight Miles High; Lovin' Spoonful's run of singles (Daydream, Did You Ever Have to Make Up Your Mind, Summer in the City, Rain on the Roof, Nashville Cats) . . .

And in that year where singles and albums competed on an equal footing -- by the following year the album would become the dominant form -- the Blues Magoos out of the Bronx in New York released their debut album which had one foot in their past and the other reaching for a foothold in an unknown and promising future. That album was Psychedelic Lollipop -- one of the first albums to use the word "psychedelic" in its title -- and it took them onto the charts with the self-penned garage-punk classic single We Ain't Got Nothin' Yet .

The album showed they had songwriters in their ranks -- the Byrdsian jangle of One By One came from Ron Gilbert and Peppy Thielhelm (only 16 at the time), others from Gilbert with Ralph Scala and Mike Esposito.

But it was the other material which showed them with one foot firmly in their club and dancehall past: they cover James Brown's crowd-pleasing I'll Go Crazy, J.D Loudermilk's Tobacco Road and the ballad Sometimes I Think About (which they claimed writing credits on). There was some filler to: She's Coming Home right at the end.

But it was more than merely promising debut and -- as with the debut albums by Moby Grape and Country Joe and the Fish the following year -- Psychedelic Lollipop covered a lot of ground from rock and soul to ballads and pop.

So where was the "psychedelic" bit, the hints of trippiness that would take the world by storm within six months?

Oddly enough it was in their treatment of the familiar Tobacco Road which boasts a skewing guitar part by Esposito. It crams an exciting trip into just four and a half minutes. By their Electric Comic Book of the following year they had toured as the opening act for the Who and Herman's Hermits (an odd billing all round) but the album sprung no chart singles although was arguably a more interesting if less focused collection.

Their distinctive organ/guitar sound was more integrated and experimental (the definitely trippy but too short Pipe Dream which is in and out in fewer than two and half minute, the better There's A Chance which was their unsuccessful single).

They included some silly fillers as they (typical of the period) explored the album format: side one end with the one minute, Zappa-like Intermission and side two closes with That's All Folks, a parody of the Looney Tunes theme.

But tracks like Life is Just A Cher o'Bowlies were either frivolous and unworthy, or dope-infected fun depending on your viewpoint -- and, presumably, condition. 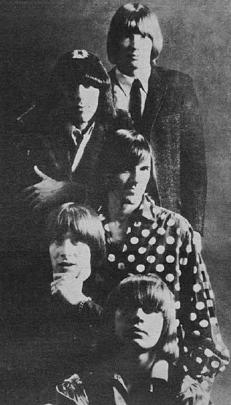 They also showed how keen they were to hold onto that live audience with a six minute version of Van Morrison's Gloria (then a live standard for many bands) which also betrayed their garageband roots -- and replicated the style of Tobacco Road.

You couldn't help notice how short some of their songs in Electric Comic Book were also: aside from Gloria only one other broke the three minute mark (Let's Get Together by a mere three seconds).

It was as if they could no longer expand a small idea -- and each side ran to little more than 15 minutes.

And so, despite promise and songwriters, a sound that existed between stoner and biker, and a debut which had one foot in the past and the other looking for that next step into the future, the Blues Magoos never quite made it.

Their story effectively ends there although they did one more album before splitting in '68.

As with many bands of the period however, they sort of re-formed (Castro and some new players toured as the Blues Magoos for a couple of years then split) and in recent times almost all of them got together for some shows.

But their time was '66-'68 and that debut remains their most interesting time in the spotlight.

A small fragment of their legacy lived on however when Deep Purple's Black Night of '70 shamelesly lifted their We Ain't Got Nothin' Yet bass riff . . . just as the Blues Magoos had shamelessly borrowed it from a Ricky Nelson hit of five year previous.

For more psychedelic music of many persuasions at Elsewhere, start your long strange trip here.

"(We Ain' Got) Nothin' Yet" had one hell of an impression on a young teenager when it hit the airwaves over here. However, it was the flip side of the 45 that I still love - a real garage band track called "Gotta Get Away", which was way ahead of its time and wouldn't sound out of place on the airwaves today - well worth a listen.

I just had another listen - funny, but they sound a bit like the Monkees on speed on this track! Wooden Shjips (sic) out of San Francisco once again serve up their particular brand of astral plane psychedelic drone-rock which sounds filtered through steel wool. Their appealing tripped-out... > Read more 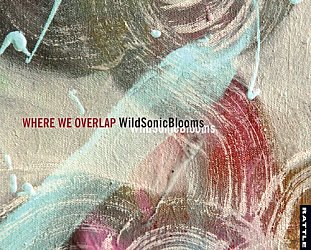