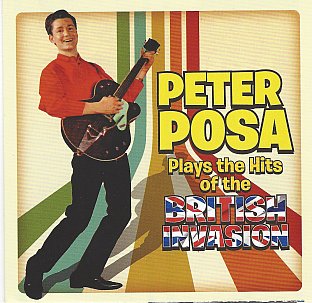 The sheer pervasiveness of the British Invasion in the early Sixties is wel illusrtated in the catalogue of New Zealand guitarist Peter Posa.

Posa first emerged in the late Fifites with his distinctive sound and scored his first hit with Wheels in '61. But he is best known for his one-take classic White Rabbit of '63 and throughout the decade he toured with the likes of Dinah Lee as well as international artirts like Marty Robbins.

He ran his own shows and was as at home on country music as he was with Pacific influenced sounds, and of course the beat pop of the day.

And as regards the latter, Grant Gillanders has pulled together a 20 track compilation of Posa playing hits by the Beatles, Petula Clark, Millie Small, Acker Bilk, Herman's Hermits and others (not quite sure what the standard Silver Threads and Golden Needles is doing in this company but . . .)

So from that newly released all-instrumental collection Peter Posa Plays the Hits of the British Invasion we pull this lovely version of a song that Paul McCartney wrote (apparently when he was 16) and gifted to Peter and Gordon who took it to the top of the British charts in '64.

For more on Peter Posa at Elsewhere go here. 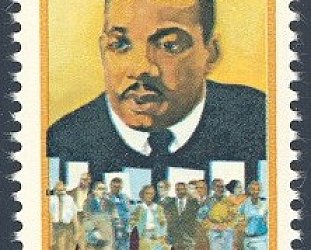 If anyone could sing Southern blues it was Gregg Allman and, with his brother Duane, – one of the greatest of rock guitarists – he understood the cross-cultural nature of music out of... > Read more