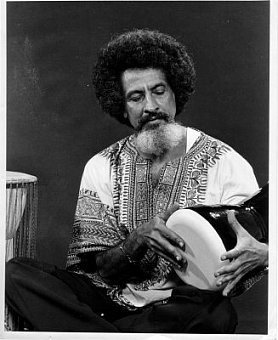 One of the less recognised figures in the genre outside the inner circle of electro-acoustic pioneers, Halim el-Dabh was in the vanguard of the using the emerging electronic equipment and instruments such as the synthesiser.

In the mid Forties he experimented with, and composed on, tape which he manipulated to create the cornerstone piece The Expression of Zaar which included a street recording of a ceremony which he then manipulated through reverb and such.

It was much acclaimed and opened the door for hm to leave Cairo and move to the States in '50 on a Fulbright Scholarship where he continued his work in New York. He composed pieces for ballets and was integral to the scene around John Cage and Edgard Varese.

This piece however from later in the decade when he worked at the Columbia-Princeton Electronic Music Centre and had access to considerable equipment.

This mix of acoustic recordings, tapes, layering of sounds, loops and more is considered one the most significant electro-acoustic works of the last century and was admired by Frank Zappa, Charles Amirikhanian and innovators in the pop-rock world.

It appeared on the '61 album Columbia-Princeton Electronic Music Centre alongside works by Otto Luening, Milton Babbitt and Vladimir Ussachevsky (originally from Inner Mongolia). 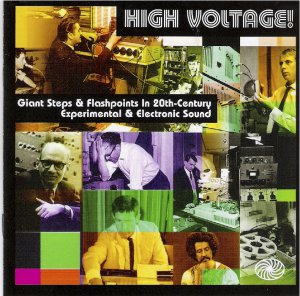 That album is available on Spotify but this track also appeared on the more recent High Voltage! triple CD compilation which was subtitled “Giant steps and Flashpoints in 20th Century Experimental and Electronic Sound” and appeared on the Fantastic Voyage label (distributed by Southbound in New Zealand).

You can read more about the life and works of the late Halim el-Dabh -- who died on September 2, 2017 at his home in Ohio -- here. 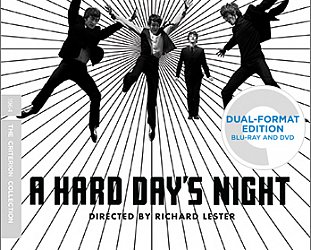