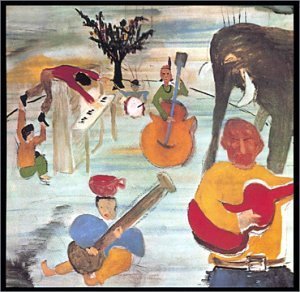 Although it might be drawing a long bow to suggest alt.country started about here with this '68 album by The Band (with Bob Dylan within ear-shot), it certainly – along with Dylan's John Wesley Harding of the previous year – made many people think about an older style of music, imagery and songwriting in the heady days of hippiedom.

And it came at a time when America was pulling itself apart with assassinations and anti-Vietnam, protests, and there was revolution in the air in Europe.

This was the year where the peace'n'love dream dissipated and the idea of a retreat into the certainties of yesteryear – or more literally into the countryside – seemed a viable idea in the face of increasing dissent and chaos.

At the time Music from Big Pink came as a quieter, more reflective, sometimes sadder reflection on the world than the revolutionary rhetoric of Jefferson Airplane and others.

It contains some of the band's most defining songs in Tears of Rage (co-written by Richard Manuel and Dylan), Robbie Robertson's The Weight and Chest Fever, and the Dylan-Rick Danko co-write Chest Fever.

It closes with their singular version of Dylan's plaintive, gospel-influenced I Shall be Released.

However you look at it – from a historical perspective, as an album which captures timeless human emotions or just a collection of great songs – Music from Big Pink is an essential artifact.

And it has been reissued in the Back to Black Vinyl series so you can enjoy Dylan's album cover art work at a decent size.

Music from Big Pink is another in the highly recommended budget vinyl available at JB Hi-Fi stores here for just $25.

Played a number of these trax live with Hamul in Sydney at The Groovey Room Kings Cross. 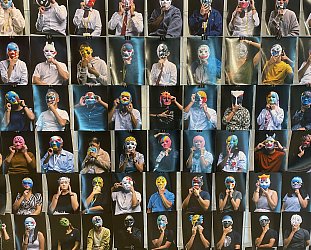