Pity any movement that describes itself as “New . . .” or, worse, “the future”. By definition i is fated to an inevitable and humiliatingly early grave when the next “new” movement, or something else promising to be “the future”, arrives.

Back in the late Sixties and early Seventies, new movements, promising to be the future of jazz, arrived with remarkable frequency. Many came with a code of practice or a mission statement.

All eventually just found themselves alongside that which they intended to replace and, with alarming rapidity, those which replaced them.

ln the Sixties, fusion -- when rock met jazz, usually at one of Bill Graham’s Filmore's -- was the first big New Future for jazz, but simultaneously there was also politicised Free Jazz (as opposed to that propounded by Ornette Coleman) and Third Stream (where American avant-garde jazz intersected with European classical music).

However, for anyone discovering Third Stream in the late Sixties (say the work of classically trained composer/critic Gunther Schuller and the algebraic music of Anthony Braxton) it was disconcerting to learn these musical streams had merged as far back as Stan Kenton in the late Forties.

What was more alarming, at the time of prog-rock and fusion, was that Kenton described his music as “progressive” and that term, with all its implications of New and the Future, had also been liberally applied to Dave Brubeck and other “cool” jazz in the Fifties.

All these styles juggled alongside each other in the Seventies, so in a weird way Wynton Marsalis’ neo-conservative movement of the Eighties was a relief.

It was back-to-the-future to rediscover origins for further exploration . . . although what actually happened was it went back and stayed there, all buttoned up in beautiful suits.

Reading liner notes on neo-con albums, especially those by Marsalis’ unbearable cheerleader Stanley Crouch, was always amusing. If Wynton wasn’t the future then he was, at the very least, a new Messiah who could forgive your Free Jazz and funk sins, and was in the pantheon alongside Louis, Duke and Miles. Whew, such a lot for such narrow shoulders.

If they aren’t a historical overview on a compilation but for a new band or artist, the best they can hope to do is place the music and musician in a context, and convey some sense of enthusiasm. Promising something New or the Future is fatal. When acid jazz emerged in the late Eighties there was the widespread belief, especially among young writers and critics, that it was going to save jazz from becoming moribund (although quite how playing Fifties and Sixties jazz grooves could be “new” or even “nu-” was another question).

Once the turntablists arrived and started mixing and reshaping those grooves over beats and samples something truly interesting was happening. The breakthrough Us3 album, Hand on the Torch, a decade ago -- featuring their makeover of Herbie Hancock’s Cantaloupe Island as Cantaloop which became a clubland favourite -- showed what was possible when canny Nineties people were given access to a great jazz catalogue.

Blue Note had opened its vaults to them and their commercial and artistic success lead to other jazz labels, notably Verve, doing the same.

Blue Note, a historic label finding its place in the new era (and doing nicely now thanks to Norah Jones, Medeski Martin & Wood, Cassandra Wilson, Charlie Hunter, The Bird and the Bee among others), unlocked the strongroom for other remixers. 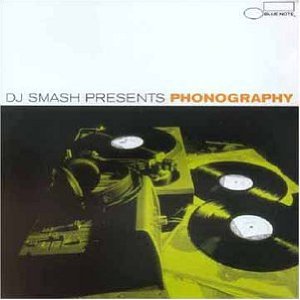 The first Phonography included thumping house versions of Smash’s remix of the Bob Belden Projects treatment of the Beatles’ Come Together (featuring Cassandra Wilson and Dianne Reeves), followed seamlessly by the Claussell remix of Tolon Willie (with Salif Keita and Grace Jones), then his mix of Ronny Jordan’s London Lowdown that leads into St Germain’s very-Brubeck Rose Rouge remixed by Blaze (who unfortunately choose to remove the superb drum part and replace with a house-thump).

Those are just the final four tracks which took the album out in booty-shakin’ style. Before them Guru has taken on Medeski, Martin & Woods Whatever Happened to Gus (featuring Guru himself), Spinna has worked over another Ronny Jordan cut and Nitin Sawhney took Us3's Come on Everybody.

Wouldn’t give you much for Belden’s sexless version of Prince’s Kiss, remixed or otherwise however, but elsewhere the album juggled the remix and originals adeptly and enjoyably. And Claussell’s remix of the Wild Magnolias Battlefield was deeply funky.

But, and this was surprising for an album by someone out of the famous Giant Steps parties, as with Phonography 1, it again went past without much notice. Maybe the jazzy grooves were getting a little passe as people searched for another New Future?

Certainly the liner notes to the first volume may have put a few off, especially if you’ve seen new messiahs and movements come and go.

Tom Terrell claimed Smash as arguably the most fully-formed visionary of all remixer/producers.

And Smash hailed himself as "a committed die-hard musical anarchist”. Well, sorry to tell you Tom and Smash, these two albums were respectful of the Blue Note tradition, and many others explored similar territory with equal style.

And didn't all those remixers of that early 2000's "Now" recede with humiliating rapidity into the Past?