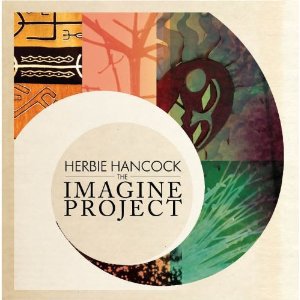 Regardless of what you think of John Lennon's song Imagine -- and opinion ranges from drippy sentimentality to inspirational -- most would agree the song succeeds with many people for its understated delivery. Lennon sang it without aching obviously through whatever emotion he might be bringing to it, which allowed the listener to fill in the gap.

Wish we could say the same for the many thousands who have covered it: most find deep emotion in every syllable and make sure you know they really, really feel this message.

Most versions of Imagine are unlistenable -- and when you get soul singers taking it on things are often just absurd as they try to prove just how sensitive they are.

Regrettably this new celebrity-collision album helmed by Herbie Hancock starts off in just that way as Pink and Seal go out of their way to quiver through the lyrics. Things improve when Konono No 1 bring some funky (but smoothly produced) drive to it with Oumou Sangare. Jeff Beck gets a brief solo and India.Arie brings soul-jazz quiver . . .

Next up is Pink and John Legend on Peter Gabriel's Don't Give Up (with Beck's bassist Tal Wickenfeld and the session wizards) and later Dave Matthews offers a servicable version of Tomorrow Never Knows.

James Morrison plays a straight bat to Sam Cooke's A Change is Gonna Come (nice), Juanes keeps the emotions in check with La Tierra, and The Chieftains and kora player Toumani Diabate get in behind the whispered/urgent vocals of Lisa Hannigan on The Times They Are a Changin'.

You sense that most people on hand knew they were involved in An Important Album -- one with a social conscience -- and have taken the material and themselves very seriously indeed. Shame.

Of course the musicianship is superb and Hancock really is on top form here -- so much so you wish you could get a version without the vocals to more fully appreciate his playing as he remakes the familiar melodies.

Mostly this album reminds me of Quincy Jones' equally guest-heavy Back on the Block, and I don't think I ever listened to that more than once.

But my pick is that come Grammy time Imagine will be up for song of the year. This is that kind of album. 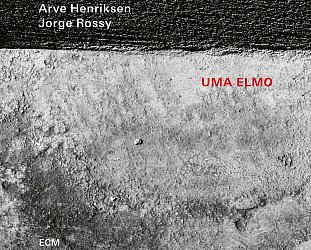 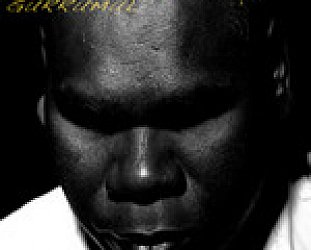