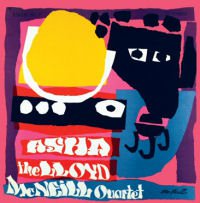 Jazz flautist Lloyd McNeill lived the kind of life only possible in his era: he counted among his friends in the Sixties and Seventies Pablo Picasso (when they both lived in the south of France, McNeill also being a painter), jazz musicians such as Cecil McBee and Ron Carter, singer Nina Simone and many in the Civil Rights movement.

He spent time as a Navy reservist, was well-traveled (West Africa and Brazil), played in a band with expat Ethiopian saxophonist Mulatu Astatke, studied under Eric Dolphy, became a university professor . . .

One of those annoyingly gifted, inter-disciplinary types – poet, painter, photographer, composer, performer, writer, you name it – he also founded his Asha music label in 1969 on which he recorded his often groovy, spiritually cool and hot swinging funky jazz.

That said, you'd be forgiven for not ever having heard a note: the reissued Asha by the Lloyd McNeill Quartet originally only had a pressing run of 1000.

Once you take out copies for friends I suspect damn few even appeared in the stores of his hometown of Washington DC, let alone in a bin near you.

Listened to at this distance – 40 years on – the album evokes that era when swinging flute was a frontline instrument (for Dolphy, Charles Lloyd, Herbie Mann and others) and the jazz contract hadn't been yet extended into jazz-rock fusion.

Here the quintet – which includes hot pianist Gene Rush, and bassist Steve Novosel who went on to play alongside Rahsaan Roland Kirk, McCoy Tyner, Sonny Rollins and other jazz giants – looks to Thelonious Monk (on As a Matter of Fact) and Latin influences, as much as swirling post-bop. 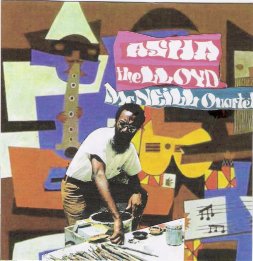 And the closer is a 10 minute evocation of Warmth of a Sunny Day. It is certainly that as McNeill's breezy flute weaves and skitters like a leaf in the wind.

But he also ploughs deep into a groove for Dig Where Dat's At, a 3.30 slice of the kind of jazz-pop which could appear as the theme to a particularly switched-on arts programme on television. The title track is a very cool (emotionally and metaphorically) piece which owes a little to the soaring quality of Indian flute music.

What isn't here – and no one says it has to be – is some sense of the turbulent political era in which this album appeared: 1969 was an explosive one for black Americans and yet McNeill's music doesn't touch on it.

Perhaps at the time he was offering music as a balm.

In that he might not have succeeded at the time, but he does now.

Asha is not a lost classic, but it is certainly an album that deserved wider currency than his small indie label could offer.

That it has finally been given that is excellent news indeed.