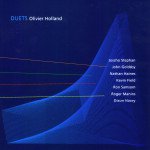 Perhaps because it is a challengingly naked form, there has not been a great tradition in New Zealand jazz for duet recordings. In fact the only one that immediately springs to mind is Open Door by Frank Gibson and Mike Nock, and that was released in 1987.

Open Door had some small advantage in the genre in that Gibson is a drummer so the pulse, such as it might be, could be held down.

So bassist Olivier Holland -- who has appeared at Elsewhere previously here -- gets points on the board immediately for pushing into treacherous and demanding territory. That he has such seasoned players as saxophonists Nathan Haines and Roger Manins, pianist Kevin Field, drummer Ron Samsom and guitarist Dixon Nacey, undoubtedly gave him confidence. If the results are little uneven because of their differing personalities it hardly matters over the 12 economic pieces here where only Touche with Field breaks the six minute mark and most come in under a finely focused four.

Haines brings a lovely weaving quality to his work on If I Should Lose You where he sometimes explore that weightlessness of Paul Desmond . . . but on the moody Holland original Tristan's Flat, Haines digs into a bleakly romantic area with a wistful, late night quality. The midnight streets are splattered with rain in the latter and a young Tom Waits is getting into a cab under a streetlight.

Guitarist Jocho Stephan's delightfully crisp and sometimes frantically busy acoustic is centre-stage on Charlie Chaplin's romantic Smile, it steps back a pace in the energy stakes for the swinging Drop Off (a highpoint for its melodic invention by both players), but gets let off the leash -- along with Holland -- for the choppy groove and keening notes on the appropriately titled Chaos Quarter.

Nacey is a very different player and his fluidity and warmly rounded tone is all over You Don't Know What Love Is, but for Guitarist's Nightmare he works off Hollands' walking beat with subtle sustains. Two fine tracks.

Another highpoint is Touche where the chemistry between Field and Holland colludes on a piece which sings on the surface but has great emotional depth, especially when Field takes it apart and rebuilds it around the middle.

Behind and alongside all these players (and the others) is Holland who picks up electric bass for the very interesting and pop-melodic Song For Bommel with drummer Samsom (you can almost heard lyrics on this one), then later places it with double bassist John Goldsby for a ringing treatment of Victor Young's Beautiful Love which closes this rare entry into the "New Zealand Jazz -- Duets" category.

That Holland can be so assured with these various players -- pulling out fretless electric sounds at times as well as darkly woody acoustic tones (behind Manins on Cherokee) -- means this comes off as more than just a calling card or showcase, but is an album of multiple textures and viewpoints, and has half the material self-penned.

More than just points on the board then. 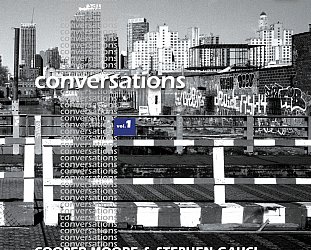 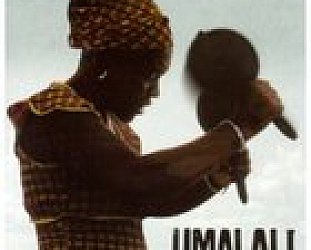