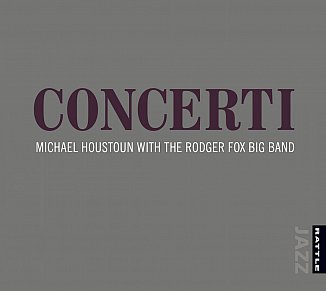 Much as New Zealand's most accomplished classical pianist might have wanted, and indeed deserved, a less arduous project after his magisterial Complete Beethoven Piano Sonatas, this one with the country's premier big band does seem an odd fish which often seems to satisfy neither camp.

More correctly perhaps, each camp frequently seems to mining its own vein independent of the other. Or, in the case of the Bill Cunliffe-penned opener Jazz Rondo, a place where Mozart gets a hat-tip in Houstoun's passages but the Fox sections (and they really do feel that distinct) are like an Ellington-esque jazz band being shoe-horned into something approximating orchestral drama.

It is a piece of parts, and the sum comes up considerably less than the whole it should have been.

The same holds true for Cunliffe's other piece Warriors, although the band excel despite the jigsaw-puzzle nature of the piece and both keyboard players, Anita Schwabe and Houstoun, find discrete space to express themselves.

But even less engaging is Mike Nock's stupidly/cutely named Raff Riff (arranged by Dave Lisik) which comes off as mostly bluff and bluster designed to impress by scale rather than sensitivity.

Ironically then the Cunliffe-arranged opening movement of Prokofiev's Piano Concerto No 3 comes off the best in this company.

It possesses an elegance familiar from the best of the Ellington bands, delicious sax parts, Houstoun slipping right in to the big band genre (despite the piece's origins) and the whole things swings along with vigour and verve, with Fox nailing in a slightly lascivious and woozy trombone solo which adds sex'n'steam to proceedings.

It also has an assured sense of dynamics (and a more than acceptable drum solo by Lauren Ellis) which you might frequently feel lacking in the other pieces here. And not once in its expansive 16 minutes do you get the feeling that, "Here comes the jazz bit" or "Here comes the classical guy again".

Houstoun sounds entirely at home with the band on this one in a way he doesn't elsewhere. And vice-versa.

Those who have fought the rock/classical or jazz/classical wars in the past -- from Deep Purple's pretentiously awful Concerto for Group and Orchestra through those damnable forced marriages of classical arrangements of jazz standards (some populist stuff by pianist Claude Bolling and flute player Jean-Pierre Rampal) -- will be rightly wary of this.

And over most of these proceedings their antennae are probably well attuned.

The award-winning Rattle Jazz label has become to go-to place for most of the exciting, well-grounded and innovative jazz expression in New Zealand this past decade.

Not this time though.

Surely they didn't feel that after that phenomenal Beethoven -- 14 CDs in total -- they owed Michael one? 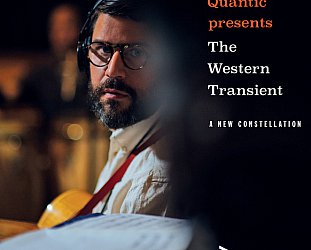