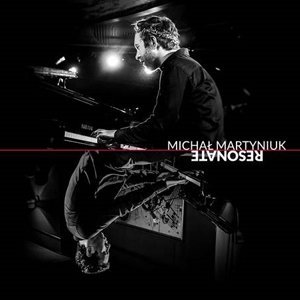 Released at the end of last year when Elsewhere was winding up, this album by Polish-born New Zealand pianist Michal Martyniuk becomes timely now because he is playing an Auckland concert on March 15 (details below).


Recorded with his Polish group of Jakub Skowroński (tenor), Kuba Mizeracki (guitar), Bartek Chojnacki (contrabass), Kuba Gudz (drums) – who appeared on his previous album Nothing to Prove -- and Kiwi's Cameron McArthur (bass) and drummer Ron Samsom, these eight impressive pieces swing with a controlled energy (Java Blues with Mizeracki stepping forward), have a languid quality (the appropriately titled 7am, again with Mizeracki revealing another side of his personality and Skowroński tapping the spirit of laidback Dexter Gordon) or get on top of the boiling undercurrent rhythms and dark melodies of Mr Eady.

There is also a reflective ballad here in The Opening which stretches past eight minutes and never once loses focus or your attention, even as it explores the byways. And it leads very naturally into the thoughtful Good News Bad News, another slower piece.

Martyniuk is not just a fine pianist (evidence of that is everywhere here) but a mature and sophisticated composer who cleverly bookends this album with the sprightly, upbeat opener Jazz Dance – which rather neatly shifts the mood once it has your engagement – and closes with the equally smart New Beginning which deploys a similar slight-of-expectation.

As we noted last time, this is not just intelligent and mature jazz but also very approachable music which could engage a larger audience if it would only hear it.

And of course these days that is easy.