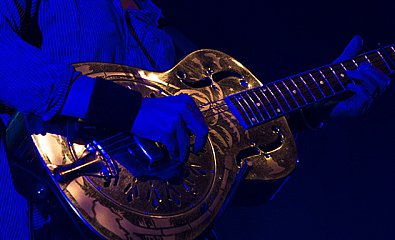 Some time at the tail end of last century I spent a very funny evening backstage with Tina Turner, Neil Diamond and Rod Stewart. There were lots of laughs . . . although it did seem there was some tetchiness between Rod and Neil.

Rod told me later that Neil drank too much.

Neil, a plumber or something like that, was a nice guy but I could see he might have gotten a bit leery from time to time . . . especially on a long tour like this away from their homes in suburban Britain.

The plumber come a long way from saying, “And tonight Matthew . . . I'm going to be Neil Diamond”.

Yes, this was one of those traveling shows of people who had been on the television show Stars in Their Eyes.

There might have been a Roy Orbison on the bill too, I can't remember.

But probably there was because -- if you've got a semblance of That Voice and are prepared to dye your hair black – then you are just a pair of dark glasses away from being The Big O.

And I note in passing another Roy impersonator is coming to New Zealand soon. Big shoes and octave range to fill.

Covers bands, impersonators, tribute acts and even bands paying homage to themselves are everywhere these days: recently we saw Herman's Hermits touring without Herman/Peter Noone and just one original member (whom no one could name).

Adam Lambert + Queen was interesting because although it was Queen songs on display Lambert didn't try to “be Freddie”. It really was a tribute to the music. And on the evidence of their joyously received two hour show, Dire Straits Experience (DSE) is the same.

Rather than just go out an “be Dire Straits” – and you couldn't dress like them because, other than Mark Knopfler's headband, they hardly had iconic attire to replicate – the DSE bring a genuine sense of enjoyment to their performance.

Of course they do have good material to work with. Knopfler might be one of the most dour and emotionally disengaged performers on the planet, but he did write a catalogue of great songs.

And they are songs which – because Knopfler is a guitarist – are flexible and can be stretched and extrapolated into distinctive solos.

No one wants to see the Bootleg Beatles (excellent incidentally) mess with the holy texts of Lucy in the Sky with Diamonds or Penny Lane, but Dire Straits' songs like Private Investigations and Brothers in Arms lend themselves to exploration. 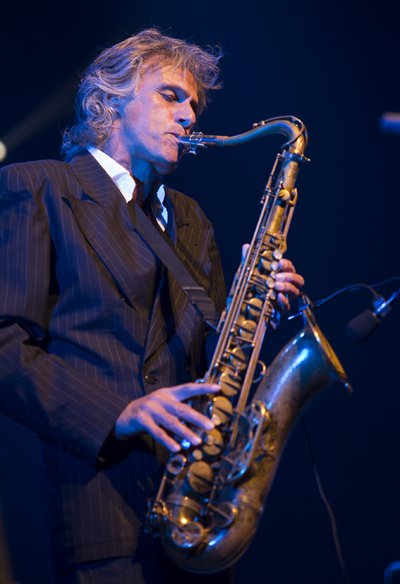 To do that you've got to be good though, and DSE are more than just that. In their ranks they have musicians who've played with Peter Gabriel, Paul McCartney, Bowie, Jagger, Pink Floyd (bassist Mick Fleet we were told has unpublishable stories about David Gilmour) and Tina Turner.

And of course Dire Straits because multi-saxophonist and flute player Chris White – whose idea this tribute band was – played in the band for their final albums and tours.

But all eyes are on the man who tonight Matthew will be Mark Knopfler, singer and guitarist on these songs which imprinted themselves on a generation.

Terence Reis (see here, a more interesting man than the Knopfler I interviewed) is an extraordinary guitarist and sings just enough like Knopfler to be more than passable. But it's what more he brings to the performance which sets the DSE above a mere copy-band.

Opening with an extended and demanding Telegraph Road – after the deafening sound of thunder and swirling lights – is a smart move.

Within minutes Reis established his credentials as both singer and player, and as he extended it out I leaned to my mate and said, “Yeah, I think he can do Sultans of Swing . . . no trouble”.

Following it with the crowd-pleasing Walk of Life was also canny as people got to their feet. In fact this was an extremely well-pitched set list. Any Dire Straits tribute band that doesn't play Twisting by the Pool is alright by me, and although Down to the Waterline and Lady Writer always seemed lesser rewrites of Sultans they scrubbed up well in the band's capable hands.

The encore was always going to be Money For Nothing (which came after an extended Sultans) and the coda of Going Home – Knopfler's instrumental theme to the movie Local Hero – was a nice touch.

What DSE brought was passion, visible pleasure and some serious guitar aggression in places. Knopfler is one of the most emotionally disengaged performers it has been my misfortune to see (in Straits and solo) but Reis got right under the skin of his lyrics and pleasingly strayed away from just “being Mark Knopfler”. 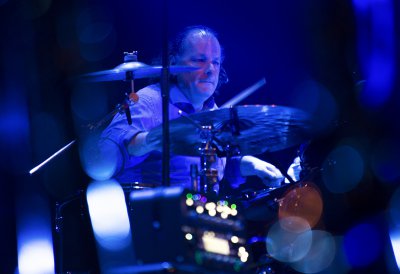 He was his own man under the lights and drove the band, although drummer Ralph Salmins was quite extraordinary as he provided thunderous fills or deft cymbal touches.

People loved it . . . and they clapped when the band walked on stage.

So why do we go to see such tribute bands, what are we applauding when a group of unknowns playing songs written by someone else walk out on the stage?

And the capacity crowd at this concert applauding like crazy at the end.

Certainly we are enjoying the familiar, the songs which embedded themselves in our autobiographies and – in the absence of the actual band – it can only be the songs because they have endured, as Reis generously acknowledged.

It's the song not the singer in this instance.

When couples slow-danced to Romeo and Juliet you knew that it was because this was “their song” and it no longer belonged to Knopfler, Dire Straits or even DSE. This might be an exercise in nostalgia for the songs of people's formative years, the music which conjured up stolen moments of love or great parties (where people were twisting by the pool?) or even just revisiting a Dire Straits concert vicariously again.

But there was no denying that very quickly DSE established themselves as great performers using the vehicle of these songs, sometimes for their own ends as when Reis wrung emotion out of Sultans (obviously a song which appeals to women, they crammed the aisles instantly) and even Money for Nothing which he brought more cynical and bitter edge to.

There was just the one moment that hit a false note for me, when saxophonist White said, “It's been a long time since I was here playing these songs, but thanks for inviting us back with our new band”.

I'll leave it over to you to deconstruct and pour derision on that.

But otherwise in that getting-mighty-crowded world of cover bands, impersonators and tribute acts, the Dire Straits Experience must count as among the best.

They bring experience, skill and – best of all – pleasure to the stage.

You wish the original band had done that more often.

And Terence Reis – headband-free in case you were wondering – has another career ahead of him if he chooses: with that voice he could scuff it up a bit more and convincingly interpret the songs of 21st century Bob Dylan.

I'd pay to see that. 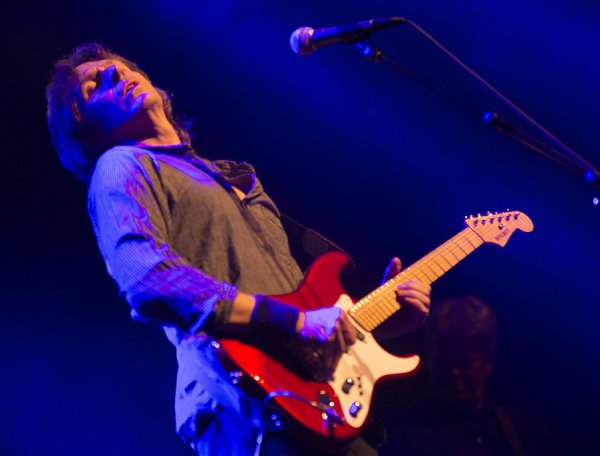 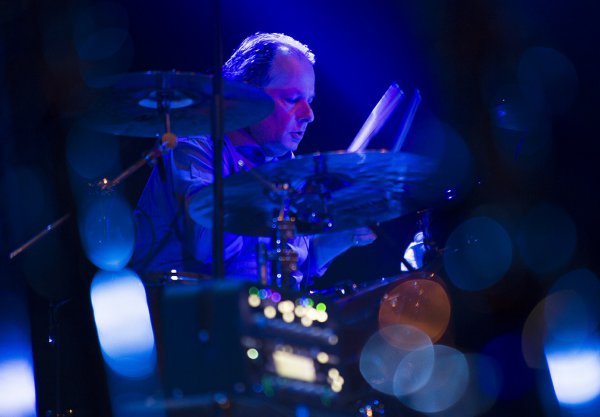 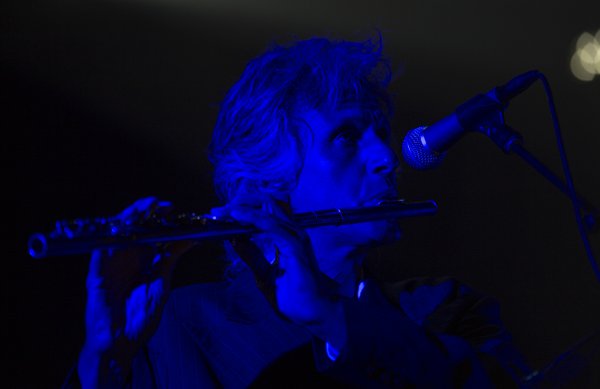 Good call Graham. Twisting By The Pool single handedly turned me off Dire Straights. It really wound me up. I hated it and my friends knew it. I should have shut up!