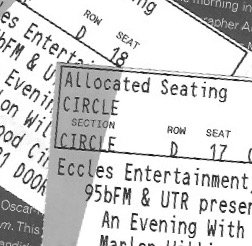 Some New Zealand artists have understood the power and importance of presentation when it comes to a show – Split Enz being the most obvious – while others simply get on stage in what looks like they got up in that morning and do the bare business.

At it's most dull it can be the head-down, studied indifference of the so-called indie or alternative bands.

The music might carry it (just as often after a few songs it doesn't) but you have to respect those artists who make more of an effort.

In recent years some artists have been adept at creating a sense of atmosphere and presentation: we have noted Gramsci with a screen between them and the audience onto which were projected animated images, but we'd also single out Miriam Clancy (on a brief return visit from the US) and Reb Fountain who broke free from the microphone stand and prowled their stages with coiled energy.

Aldous Harding is another who conveys a sense of the dramatic, however she has been best suited to a small theatre and we've observed that at Laneway and other more demanding outdoor settings people drift off – chat mostly, then hoot and laugh at private jokes – before she's done half a dozen quiet numbers.

Her former partner Marlon Williams in a show billed as An Evening With Marlon Williams (the word “intimate” might have usefully been added) created a sense of engagement and drama right from the start of his stand at the Hollywood Cinema in Avondale. 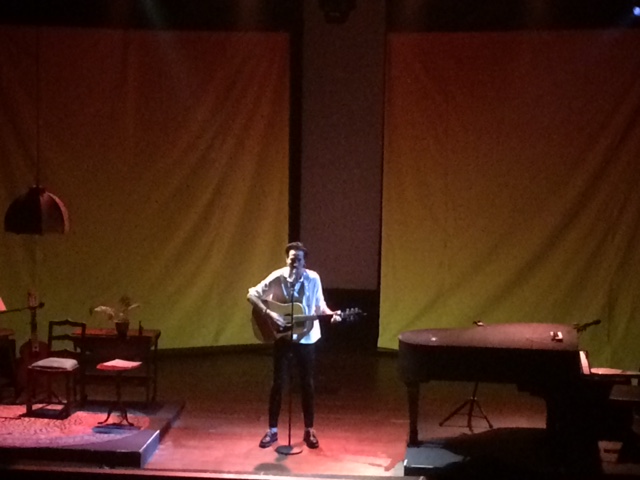 With curtains for projections (the ocean, forests and then more humorous images as the songs demanded), a piano on one side and a small “lounge” on the other (old fashioned sideboards, a carafe for whisky, lamp above) the stage was dressed for this one-man show.

From the looped clapping and te reo songs, his breath-catching Come to Me (later a lovely slow treatment of Ewan McColl's First Time Ever I Saw Your Face) and other songs with Williams in a hoodie and low lighting, the mood was established for pure and unwavering engagement in the first half.

In the second the humour came through with his angular body moves ("dancing" might be too specific, think a series of Elvis poses coupled with gangly vogueing) during Vampire, his Hoiho “political” song (with images of hoiho penguins on the screens) Nothing Can Touch My Boy . . .

His patter was amusing and self-effacing (in passing, Anika Moa's the following day at the Craft Beer and Food Festival was just crass and embarrassing), but here again it was those slower songs when his voice with just acoustic guitar or piano commanded silent attention: a heart-stopping Dark Child, the beautiful version of the traditional When I Was a Young Girl and towards the end Nobody Gets What They Want Anymore. This was the performance and presentation of a consummate professional whose sound and lighting people also conveyed the atmosphere of “an evening” which was humorously unscripted at times but when the songs were central you knew you were in the presence of a natural but educated talent as adept at an old folk song as traditional Maori songs.

Marlon Williams – as with those others mentioned above – is comfortable in his own skin, not just as a singer and musician but as a performance artist who can create a mood within a few bars.

Even when barely visible under a hoodie.

It's rare from local performers.