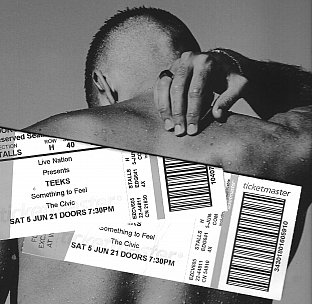 Sometimes when we're on a long journey we can be so distracted by what's around us that we forget to look back and see how far we've come.

So it might be said of this sold-out concert by Teeks at Auckland's Civic Theatre which drew an enormously wide demographic from young Maori and Pasifika to the middle-aged, and even older, Pakeha.

Some in that latter group could look back and remember a time when hearing te reo Maori spoken was uncommon if not rare, and words like “aroha” and “wairua” still required translation.

Not so today, and this concert illustrated just how far we have come.

The Civic was full for the mostly unannounced opening act – that is rare, often people hang around the lobby bars until the main attraction – and Majic did not disappoint.

In fact from the moment she started to sing in te reo (with just a discreet electric guitarist at her side), she hushed the room.

Majic exuded an almost unnatural self-confidence, vocal assurance and a range which shifted easily from the intimate to the expansive.

She finished to unanimous and deafening applause then offered a mihi in te reo which was listened to in respectful silence.

Her following two original songs – What is Going On (I think) and the empowering Just Believe – confirmed we were in the presence of a very special emerging talent.

Addressing the audience with easy familiarity she said she was 25, later mentioning she was related to Teeks (both are from the Hokianga) and that she had been “in the reggae lane for a few years” but was now getting into soulful music.

Smart move because her reggae songs on Spotify (some in te reo) are fine but her voice is limited by the genre.

However the consciousness lyrics and beliefs of reggae inform her neo-soul style which avoids the Whitney-excesses so many fall for.

But her songs All Love Is In Me, Waterfall and especially Wairua (pulling the audience in to sing the line “wairua tapu” with her) were moving testament to her songwriting and carefully considered, understated presentation.

Rarely have I seen an opening act – least of all one few would have heard of, let alone heard a note by – win over an audience with such ease, integrity and wonderful songs.

Her Ever Changing EP from 2019 catches her in the transition to her new persona. Can't wait for more Majic. 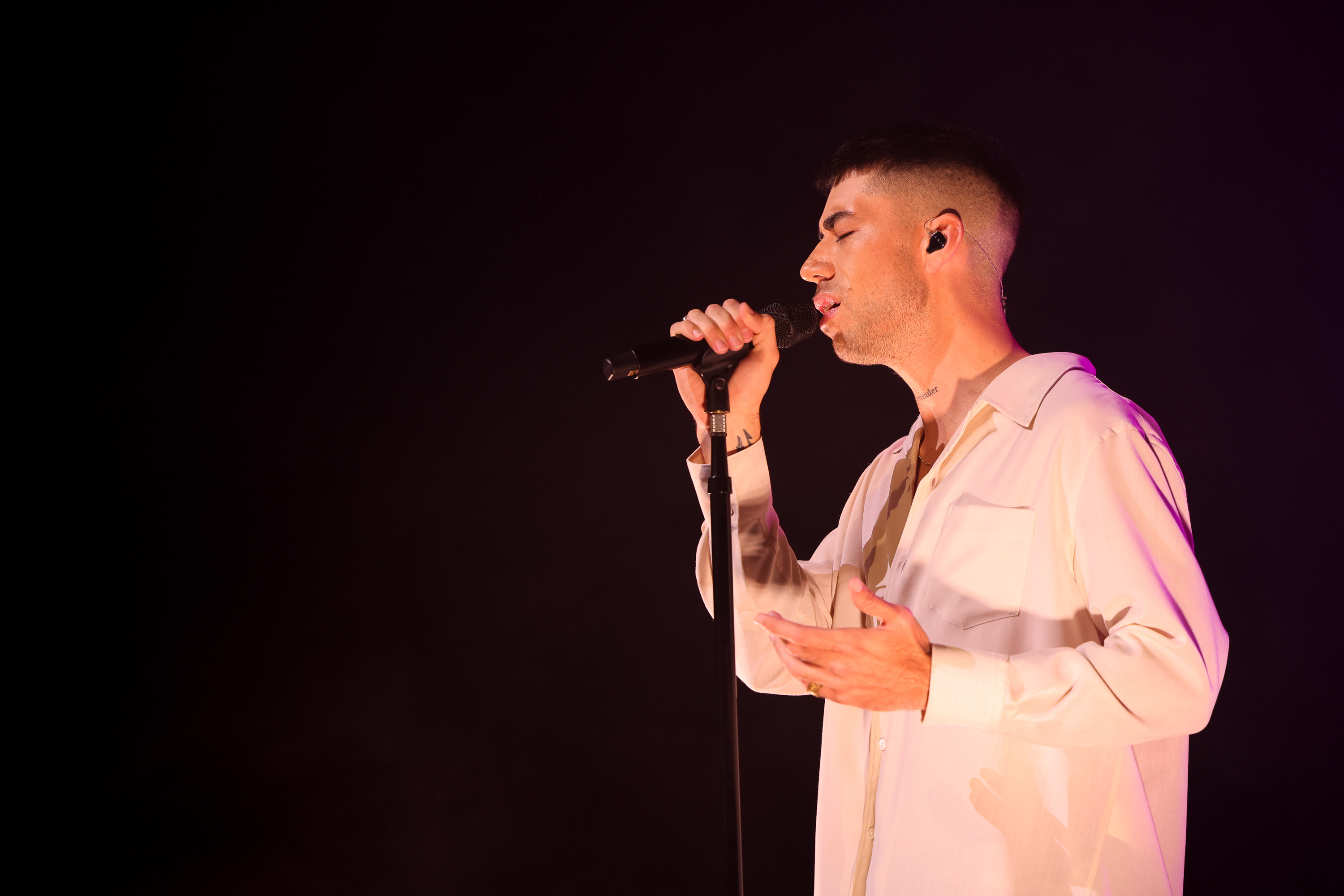 After the interval it was Teeks' turn, playing to an audience which had come to acknowledge and applaud his quiet, thoughtful soul which came to fruition on his recent Something to Feel album last year.

With an impressive lighting backdrop, a string quartet, two women backing singers and a band (the excellent rhythm section the rock on which it stood), Teeks came on with a slightly self-effacing swagger and presented a programme which touched on his newly minted, sensitive soul songs (the beautiful If You Were Mine getting a nudge upwards with a rock guitar solo), an effortless shift into te reo in places and confirmed his position as an artist who works at that interface of sexual passion (Into You, the gloriously aching First Time) and the gospel spirit.

Along the way he also dropped in a lovely a cappella treatment of E Ipo (written by Ngoi Pewhairangi who co-wrote Poi E with Dalvanius) and a song he especially loved, Bonnie Raitt's I Can't Make You Love Me. 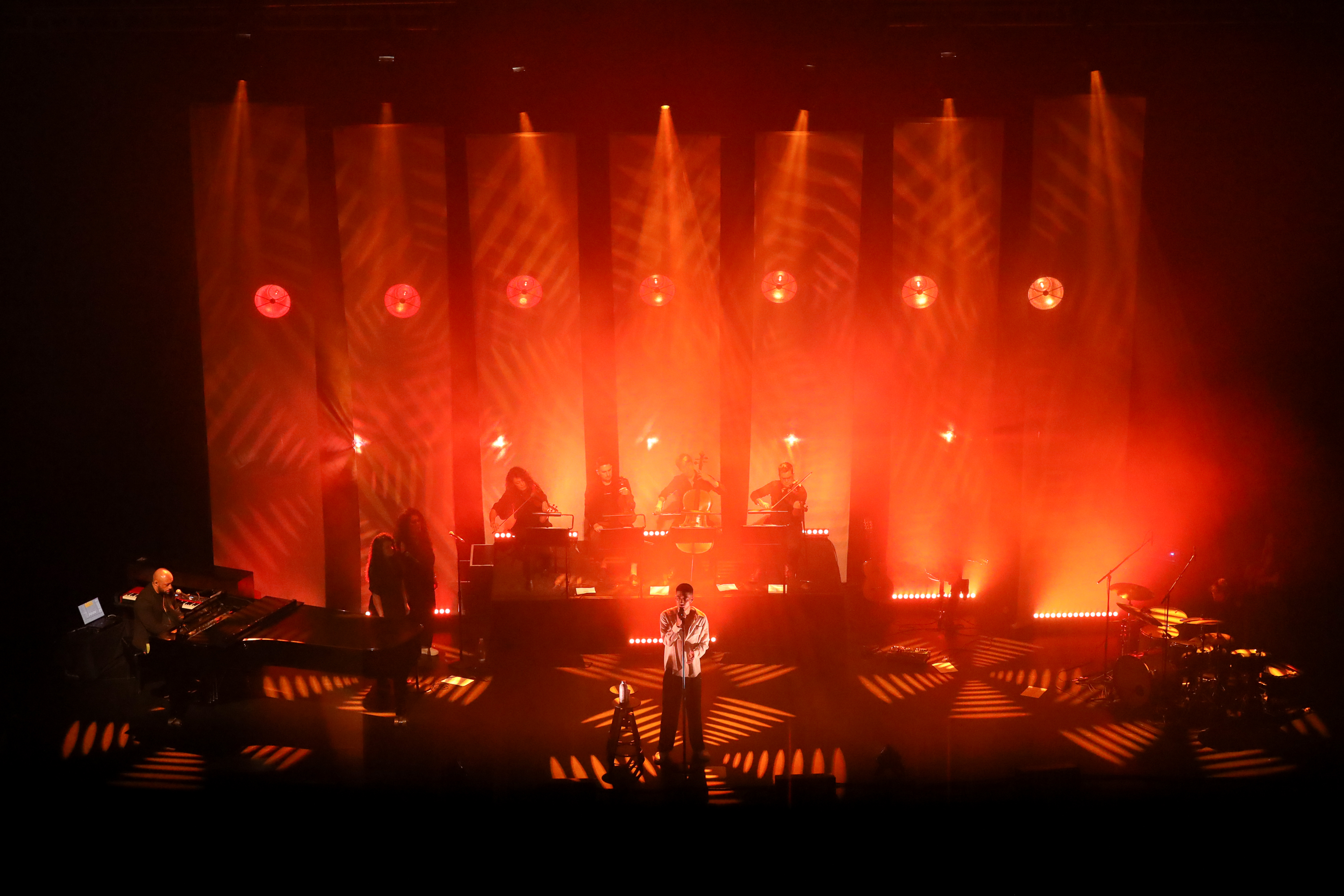 His own Remember Me is one of the finest soul songs written in this country in the past decade, a song about the emotional torture of being in love with someone out of reach and the pain of waiting for them to recognise you.

One of the strengths of Teeks' songwriting is that his lyrics are not gender-specific and therefore transcend the limitations of roles.

They simply speak from one heart to another. 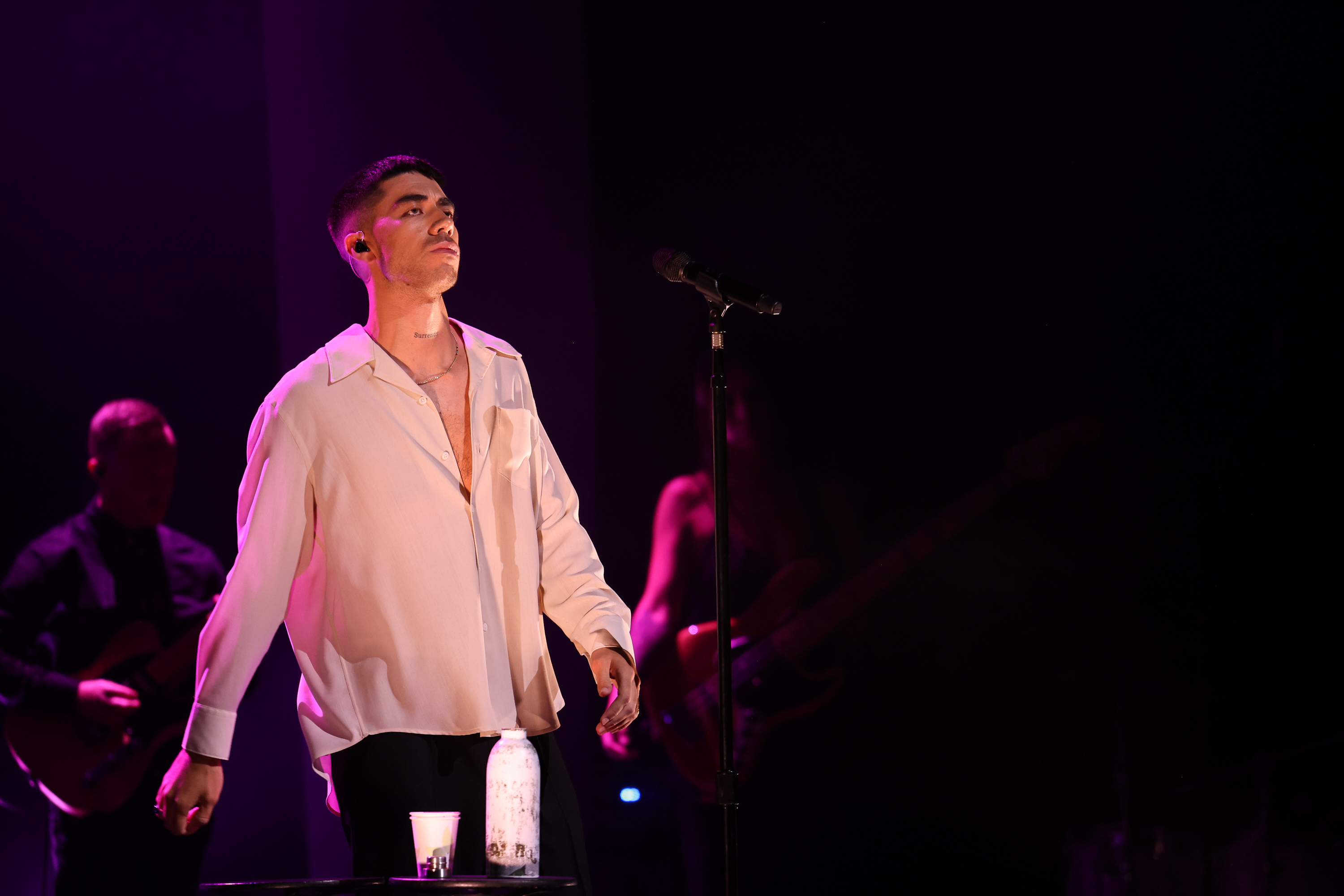 If there was a dissenting comment to be made of his loudly acclaimed set (a deserved standing ovation) it is one of differentiation: nearly all of his songs are taken at a slow-to-mid tempo pace and, while beautifully realised by him and the musicians, there would certainly be a place for some real uplifting gospel or those gentle allusions to funk to be more fully realised to give the set more texture and diversity.

But that is barely a criticism at all because Teeks does what he does, and a capacity venue on a long weekend when many were out of town is testament to his popularity and particular gifts. 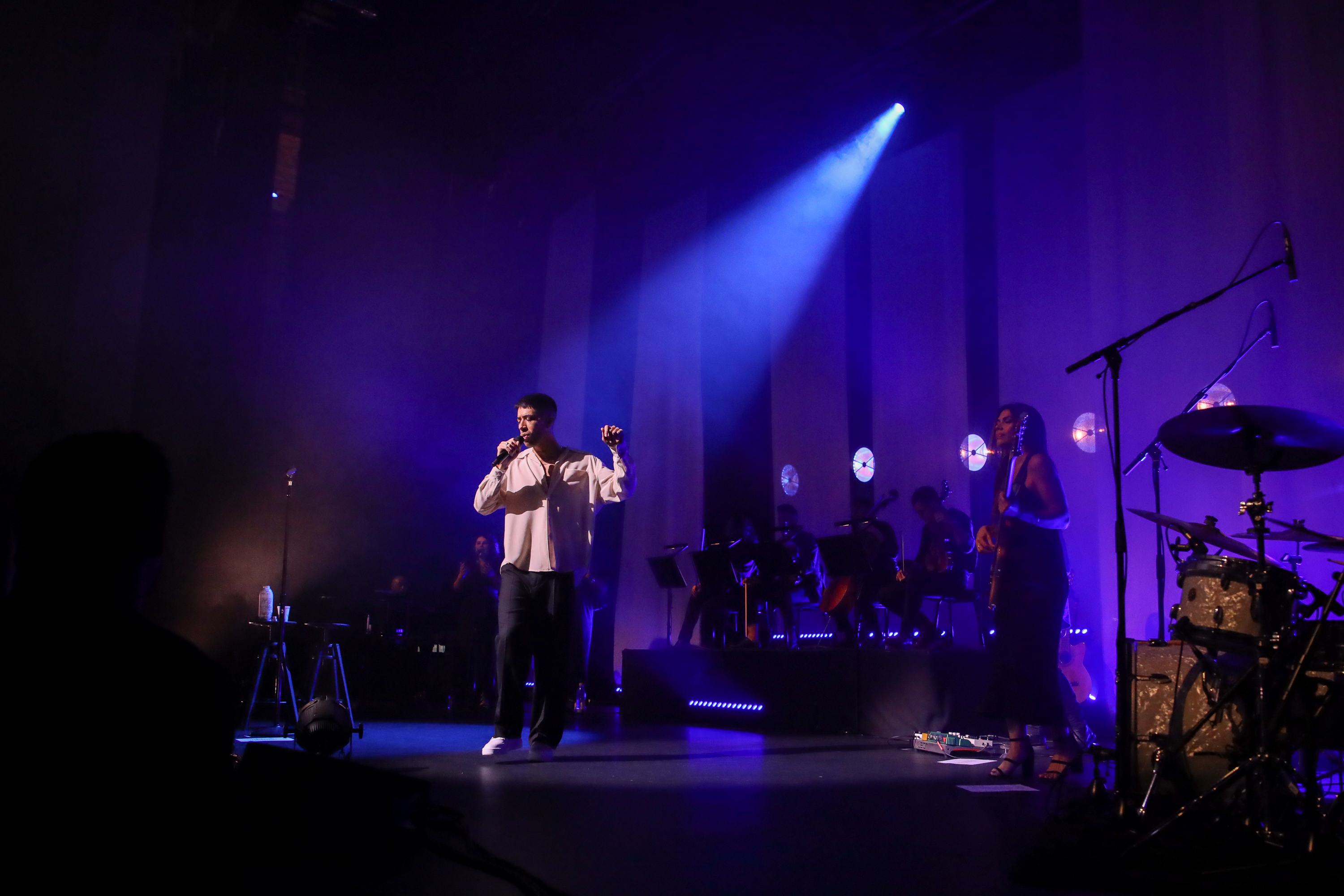 And what a charming stage presence. He took a moment to let the whole thing sink in, addressed the audience with a comfortable familiarity but was never less than the mature, professional star under the spotlight.

Quite a night, one to remember for a very long time.

And that such a broad cross-section of citizens would accept, embrace and enthusiastically applaud a hitherto unknown mother of three and a young gay man – both Maori, both bi-lingual – tells us we're on a journey to the right destination.

And we've come a long way. 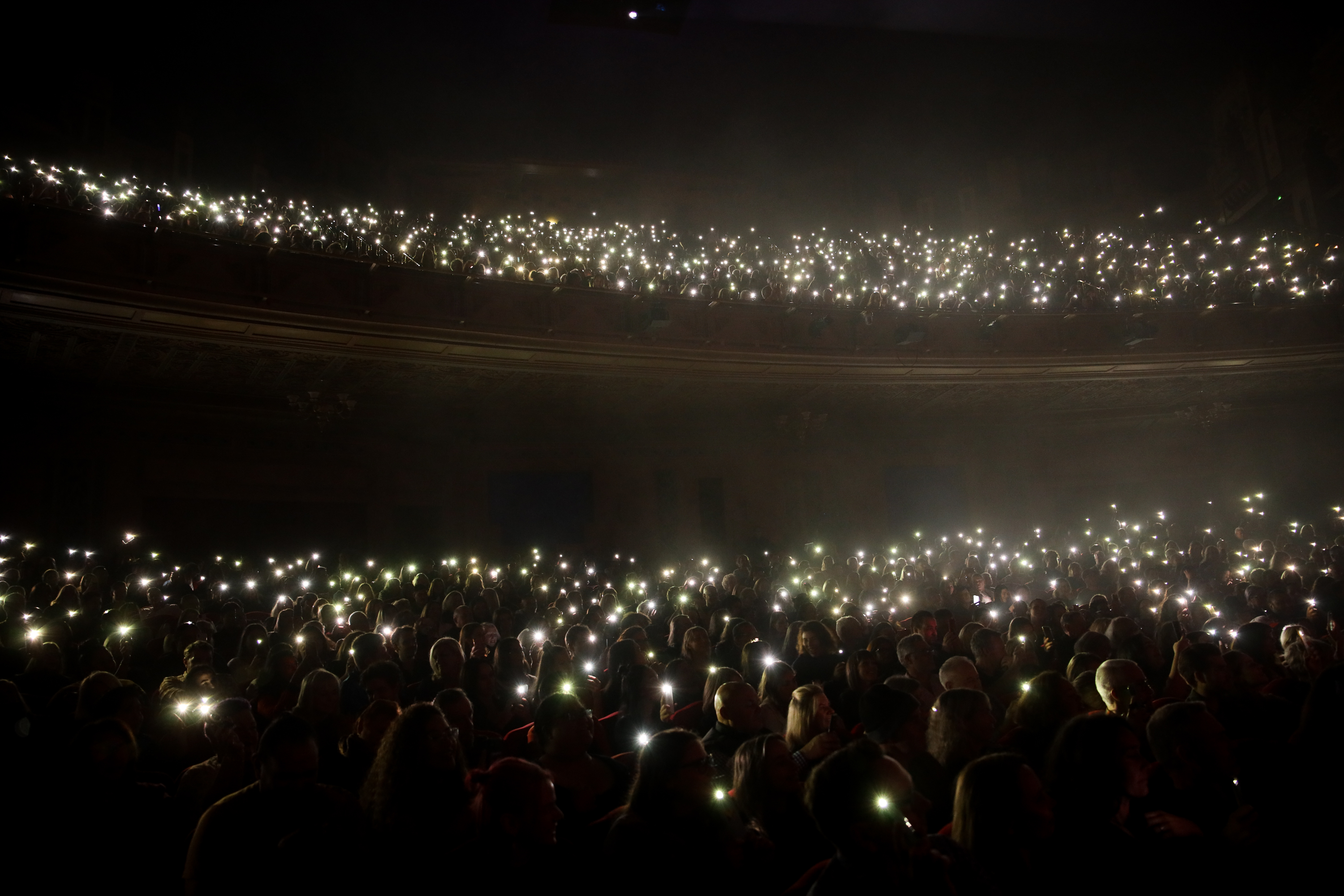