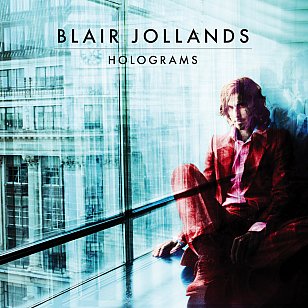 Ever since meeting expat-Kiwi Blair Jollands in London almost 20 years ago, Elsewhere has followed his career with considerable interest, whether he has been recording under his own name or The Thin Men, El Hula (the Violent Love album on Boy George's label), Lotus Mason or . . .

He was Emmy-nominated for his soundtrack to the tele-series Shackleton in the early 2000s and works in sound design for films.

He also has one of those effortlessly flexible voices which can go from dark country (When the Devil Arrives at My Door still a firm favourite) or dramatic early-Seventies Bowie (Atoms June 25 here on this new album under his own name).

Jollands punches this music home with horns and strident rhythms (Dream of You) but also pulls back into moody ballads (Oceans with delicious slide guitar) and Ghost of Light is a melancholy acoustic ballad, again delivered in that confident voice.

He also has a thing for influences from Mexico (the horns on Your Money or Your Life) and both Deep Water and the steamy Flame of Love sounds like they belong in a contemporary Western set in expansive Montana.

This album opens with the catchy adult soul-rock of Nothin' in the Pod and ends with the heroic, cinematic Bowie-esque title track.

Between those two points Jollands covers – as always – a lot of musical and geographical territory. But – again, as always – manages to sound just like himself despite those reference points noted.

You can hear and buy this and Blair Jollands' previous albums at his bandcamp page.

There is more about Blair Jollands, including an interview, at Elsewhere here. 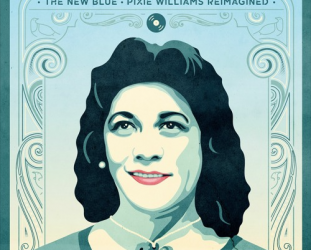