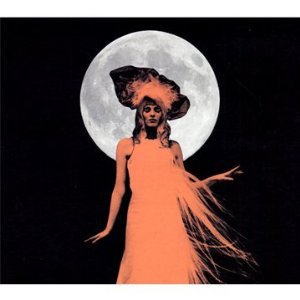 As you may already know, Karen Elson from England comes with a number of black marks against her on this debut album: she was a model (and no one takes them seriously, huh?) and her husband is Jack White (Stripes).

Still, Carla Bruni made better albums than most would like to give her credit for -- and we shouldn't hold her marriage against her. In fact in this case White's cedibility is so high that you are forced to listen to this, he wouldn't waste his time on lesser talents.

That said, from the murder ballad opener, through the sudden scoure of guitar chords on The Truth is in the Dirt (very White Stripes) and the song Stolen Roses which far too closely adopts the Nick Cave/Kylie Minogue template of Where the Roses Grow, this one slightly stumbles on the catwalk than strides with confidence and originality.

There are some excellent songs here: Pretty Babies walks a line between alt.country and quirky Euro-cabaret pop; Lunasa is a minimal back-country ballad with lovely harmonies; 100 Years From Now is terrific evocation of a front parlour ballad-cum-cabaret song from the Thirties (with saw?); the elegantly simple Cruel Summer is pop-meets-rural Band . . .

Death and disembodiment, lost love and mystic strangeness abound and Elson is a fine singer -- strong, emotional and sometimes usefully distant when the words demand it. Her songs lyrics are sometimes oblique and allusive, so this gets well past the idea that this is some indulgence on her part, and you expect that next time out she might be even more interesting.

But as with models, for the moment she still seems to be wearing borrowed clothes.