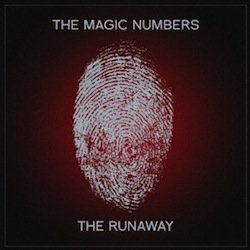 By abandoning the pure pop-economy of their terrific, 05 self-titled debut for the more embellished and ambitious sound Those the Brokes in 06, this English outfit of two sets of siblings lost followers, and momentum.

But where that debut was a radio/car album, Brokes was a headphones experience.

The openers here – a string-enhanced five minutes of The Pulse and the gently undulating, vocal harmonies of Hurt So Good – suggest another to enjoy at leisure.

As with Brokes, this album is soaked in Brian Wilson/Beach Boys and the most trippy folkadelic end of the Mamas and the Papas, but also has nods to innocent late 50s pop ballads (A Start with No Ending)

With strings again arranged by the late Robert Kirby (who worked with Nick Drake, Elton John and Elvis Costello), there are places where the music here takes flight: Why Did You Call? rides slippery percussion and quivering guitar chords, Restless River is gorgeous folk-pop with acappella harmonies which slides into the equally gentle and pastoral Only Seventeen. The swoon of The Song That No One Knows sounds like Paul Weller-soul.

But a few lesser moments (Throwing My Heart Away which feels over-long at just four minutes) and a running order that pushes the pop to the far end, means this doesn't offer itself up readily.

The problem most will have is the lack of immediate pop hooks and that often the mini-epic quality of some of these constantly morphing songs (the shapeless Once I Had) never quite goes anywhere – other than indulging in their own loveliness.

But if you thought Brokes much better than most gave it credit, there's more than enough aural seduction here for another stamp on your MN loyalty card.

And there is another of those annoying "hidden" tracks buried away at the end . . . but in this instance it a gentle string piece by Kirby to whom the album is dedicated.