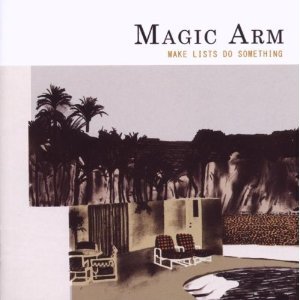 This techno-pop, Pro Tools-folktronic album by Manchester's one-man band Marc Rigelsford finally gets belated local release (it appeared in the UK a year ago). But it's timely with the Band on the Run reissue because Rigelsford's reference points are the younger McCartney and classic Beach Boys as much early Beck and pre-fame Bright Eyes (the folktronic stuff) and the woozy folkadelic pop of the Beta Band.

All those are excellent models upon which Magic Arm (Rigelsford with occasional help from a drummer, trumpeter and violinist) build their reconstructed pop where the Sixties collides with  Seventies sonic beeps and gritty electronic washes, dreamy ballads (Outdoor Games) and Daft Punk. (He has a minimalist electro-piece called Daft Punk is Playing at My House).

Magic Arm are pleasing unpredictable: Move Out opens with cheap electronic keyboard suggesting a North African melody; Coach House is a charming instrumental with finger-picking guitar behind the Lemon Jelly-like electronic melodies; and Six Cold Feet of Ground is appropriately funereal but has a weird old acoustic blues-pop feel (“always think of me mama, that's a good man gone down . . . I ain't done nothin' wrong”) before some McCartney-like doo-doo pop then Kraftwerk if they ever got in a romantic mood. Odd.

Magic Arm/Rigelsford haven't made an essential album, but the broad sweep, seductive pop alongside machine-driven effects, and some standout tracks certainly make you want to play this repeatedly – and hear more. 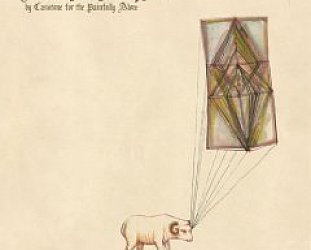 When the superbly named CFTPA (Owen Ashworth from Chicago) played before a couple of dozen in Auckland a few years back he was utterly beguiling: a small selection of lo-fi keyboards; a voice... > Read more 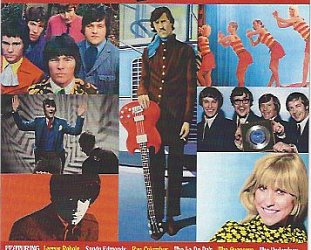 As this interesting anniversary year in rock culture draws to a close – and every year for the past decade or so seems to have been a milestone anniversary – the estimable and... > Read more 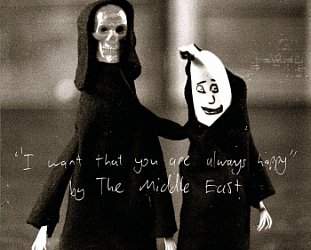