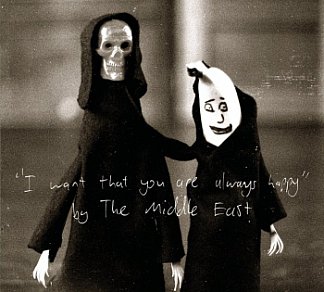 When a five song EP by this group out of Townsville appeared in '09 Elsewhere erroneously reported they had broken up and mourned their passing. Fortunately we were quickly corrected -- misinformation is easy to find on the internet, huh? -- and so therefore this album has been welcomed.

Recorded in Australia and in Midlake's studio in Texas, this album confirms that this collective around singer-songwriters Jordan Ireland and Rohan Jones have carved out a fascinating area which isn't quite alt.country nor is it indie.folk but is somewhere along those leylines and delivered with a slow and thoughtful intensity.

Although the previous references are still evident if much reduced -- Fleet Foxes, Espers, Grizzly Bear -- now we might add in Midlake of course. But these are mentioned by way of sympathetic and parallel souls rather than overt influences.

The country-folk of Land of the Bloody Unknown could only have come from a band in a former colony in the Southern Hemisphere, as of course does the title of the piano instrumental Sydney to Newcastle.

So the Middle East know who they are and where they have come from, but are also extending those folk, country and post-rock influences into sometimes dark but most often melodic songs.

Yet some of these are more like sonic "pieces" (the jagged and almost torturously slow Mt Morgan with its mournful vocals and guitar clash) and others start to drag after hooking you in (the 10 minute desertscape breadth of the equally slow Deep Water and its glistening guitar colourings where the last two minutes are a willful and pointless silence before the final track, a furious saxophone breakout).

So the Middle East don't make this an easy journey and although at its best it can be utterly enthralling and quite hypnotic, there is also just enough here which seems shapeless and allows your attention to slip away when it should be pulling it closer.